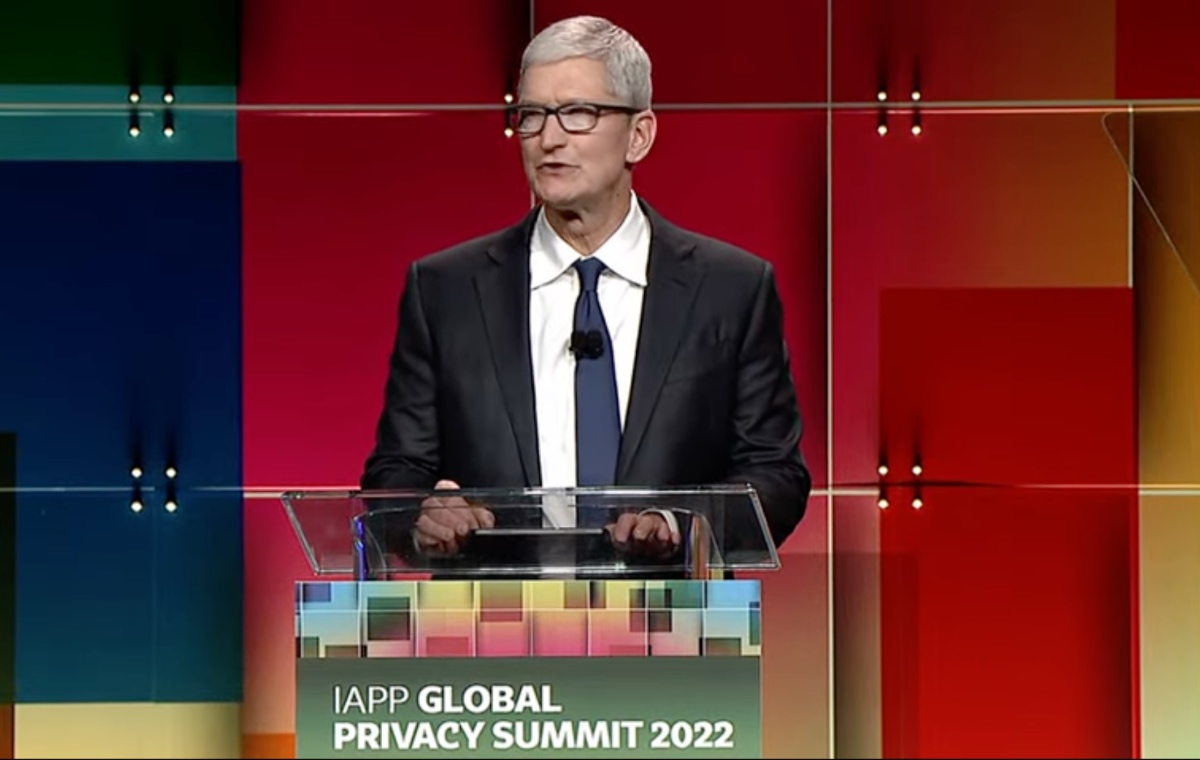 These include data on iPhones being encrypted by default, why the company is against encryption with backdoors, and their opposition to sideloading.

Sure, cynics will point out that the speech is mostly self-serving and there's certainly some element of that. But Cook also raises valid points about how regulations would undermine privacy and security.

Sideloading, in particular, has been a hot topic. Some lawmakers, in the name of competition and monopolies, are looking at ways to dismantle the App Store and loosen Apple's grip on what apps are allowed on iPhones.

Cook argues that this would give companies who mine users for data a way to avoid their privacy rules and track users against their will. He also said that it could potentially give hackers a way to circumvent the "comprehensive security protections" that Apple has put into place.

If we are forced to let unvetted apps onto iPhone, the unintended consequences will be profound. And when we see that, we feel an obligation to speak up and to ask policymakers to work with us to advance goals that I truly believe we share, without undermining privacy in the process.

Sure, the App Store is not perfect – no system is – and there are certainly aspects about it that are worth debate – such as Apple's cut of developers' sales. However, one also gets the sense that the iPhone would not be as secure as it is today if not for Apple's strict rules and regulations.

You can see the address in its entirety below.

Join HWZ's Telegram channel here and catch all the latest tech news!
Our articles may contain affiliate links. If you buy through these links, we may earn a small commission.
Previous Story
DBS/POSB and Ministry of Education to expand digital payments access in schools
Next Story
Blood pressure feature for Apple Watch delayed till 2024