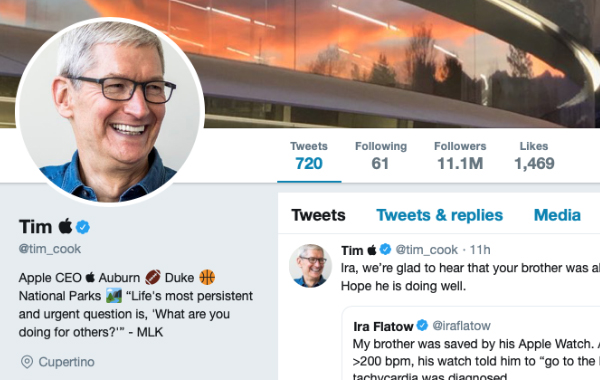 His latest fluff comes during an American Workforce Policy Advistory Board meeting, where he accidentally (or not) called Tim Cook "Tim Apple." Video proof below.

The silliness of all this is not lost on the Apple CEO who changed his name on Twitter to "Tim ."

Unfortunately, this can only be seen by Mac and iOS users since the Apple logo is not a Unicode symbol and only works on Apple operating systems. On non-Apple devices, you will likely see a blocked out square or some other weird symbol.

He probably thinks that every other business executive is like him and that the company that they lead is named after them.