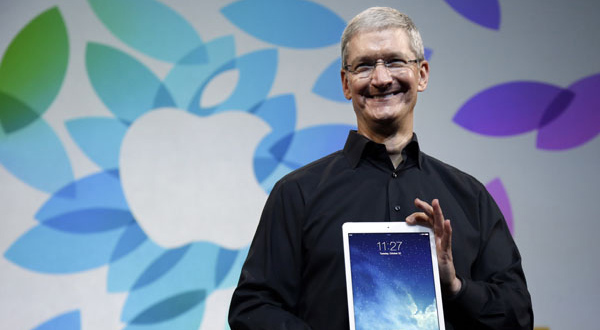 The iPad has been very lucrative for Apple, but has recently suffered a sales slump. In Q2 this year, the company sold 16.3 million iPads, 3 million units less than what analysts had expected. And in Q3, sales dropped to "just" 13.3 million units, compared to 14.6 million for the same period last year. In fact, Best Buy CEO Hubert Joly went as far as to say that sales of tablets are "crashing".

Despite this, Apple CEO Tim Cook said that he remains positive and "bullish" about the future of the tablet market and that the crucial thing for them is that customers continue to enjoy and use their iPad devices. He also calls this a "speed bump" and that he has seen the same in every category of product.

To be sure, while sales have dipped, Apple is still the runaway leader in the tablet market, having sold in the region of over 220 million iPads since its launch about 4 years ago. In comparison, total tablet sales is estimated to be slightly under 500 million units.

To boost sales, Apple is rumored to be upgrading its iPads later this year, presumably with faster processors and support for Wireless-AC. There are also talks of a larger iPad with a 12-inch plus display that could do battle with Microsoft's Surface Pro 3, though this seems unlikely as iOS is not optimized for multitasking.