Tidal has a bit-perfect update for Android music lovers

Tidal has a bit-perfect update for Android music lovers 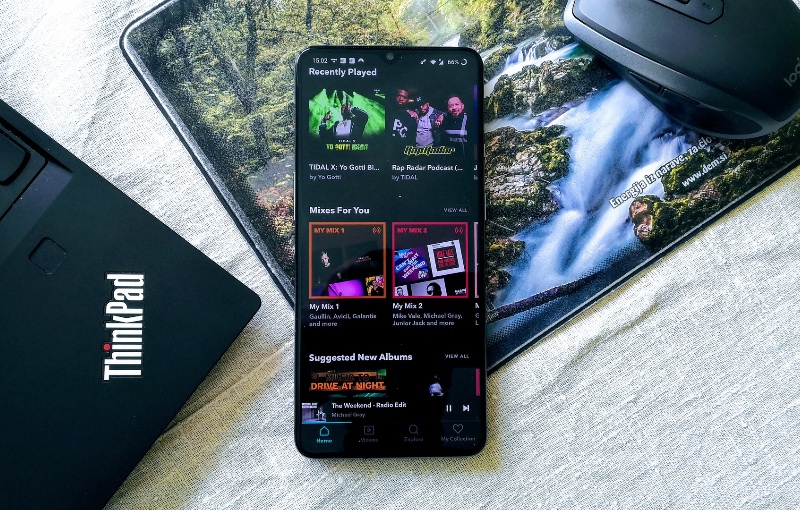 John Darko, who runs an audiophile blog called Darko.Audio, has reported that Tidal is now bit-perfect on Android.

Ok, let's back it up a little. Android has a little quirk in that it resamples all digital audio that's heading out of its USB port to 48kHz. It doesn't matter if it's 44.1kHz, 96kHz, or, heck, even 48kHz. Everything gets resampled to 48kHz before it heads out.

This means it's not "bit-perfect" and that's a no-no to – let's just call them – fussy listeners.

However, it would seem that Tidal has quietly rolled out an update for Android listeners that allows it to bypass this Android resampling quirk and communicate directly with whatever USB DAC is connected to the phone.

We know this because “Allow Tidal to access HELM MQA?” pops up on this commentator’s LG V40 (RIP) when the HELM Bolt is connected. Clicking OK and punching in an MQA stream has the HELM Bolt DAC’s LED turn purple (where previously it remained blue) for visual confirmation that the 48kHz (or 44.1kHz) stream has travelled from Tidal app to Bolt without the Android OS running interference so that the DAC can unfold at will. Hi-res ahoy*

However, there appears to some compatibility issues. He noted that the same LG phone encountered problems when connected to an AudioQuest Cobalt, but that the Cobalt worked perfectly with an Essential PH-1 phone.

Join HWZ's Telegram channel here and catch all the latest tech news!
Our articles may contain affiliate links. If you buy through these links, we may earn a small commission.
Previous Story
New budget Epson EcoTank L121 printer is the L120 in a new case
Next Story
Nothing's Ear (1) wireless earbuds offer noise cancellation under US$100