Tidal app surges to top of charts, thanks to Kanye West exclusive

Tidal app surges to top of charts, thanks to Kanye West exclusive 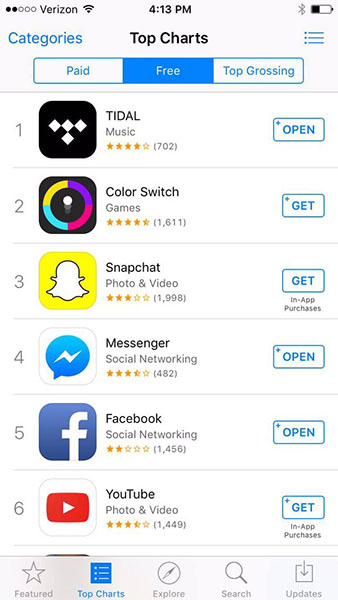 Remember Tidal? It's the music streaming service that's owned by superstar rapper Jay-Z as well as a host of other music celebrities, including Beyonce, Rihanna, Madonna and more.

The service's app recently surged to the top of the U.S. App Store charts thanks to its exclusive deal with Kanye West's latest album, The Life of Pablo.

As part of the deal, the album is presently only available for listening through Tidal. Kanye West has collaborated with Jay-Z many times in the past and the two are considered close friends.

Even though Tidal is supposed to get a one week exclusivity on Kanye's latest album, the response by fans has led Kanye to declaring that he wants to make his new album exclusive to Tidal for another week.

We are not quite sure what to make of this, since Kanye is no stranger to over the the top antics. But if you are a fan and you want to get your hands on his latest music, Tidal seems to be the only place for now.