Thuraya SatSleeve Transforms Your iPhone into a Satellite Phone

Thuraya SatSleeve Transforms Your iPhone into a Satellite Phone 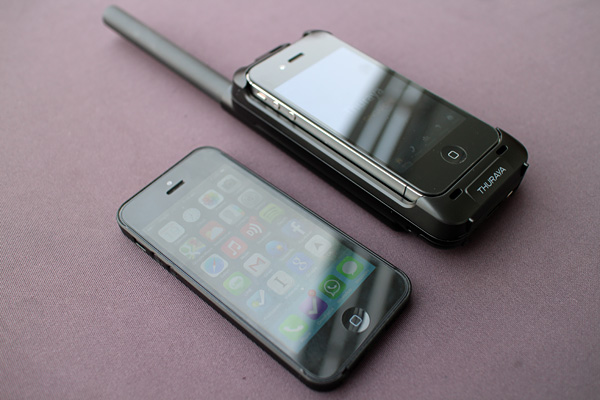 The Thuraya SatSleeve can connect an iPhone 4/4S to Thuraya's satellites for mobile communications nearly anywhere in the world.

The SatSleeve is slightly larger than the iPhone and works, like any satellite phone, as long as there's a clear line of sight between the SatSleeve and Thuraya's satellites, which cover 140 countries in Asia, Africa, Australia, Europe and the Middle East. The SatSleeve also has a high penetration alerting capability, which can alert you to incoming calls if you're indoors but within reasonable distance to the outside.

Once the iPhone is docked, opening the Thuraya app connects it to Thuraya's network. The iPhone connects to the SatSleeve via Bluetooth, but the SatSleeve has a dock connector and can act as a backup battery for the iPhone. Even without an iPhone, the SatSleeve can make calls to a predefined number using the Emergency Call button. 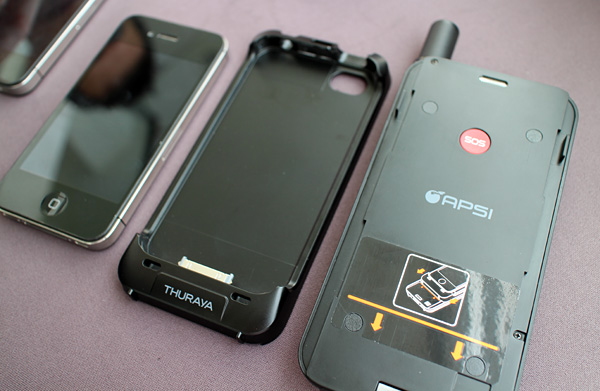 Thuraya says that a cradle for the iPhone 5 will be made available soon, and a Android version is already in development. The SatSleeve and subscription plans are available in Singapore through distributors like Devor Technologies, PCPublic, Precision Tools, Nera Telecommunications and Addvalue Technologies. 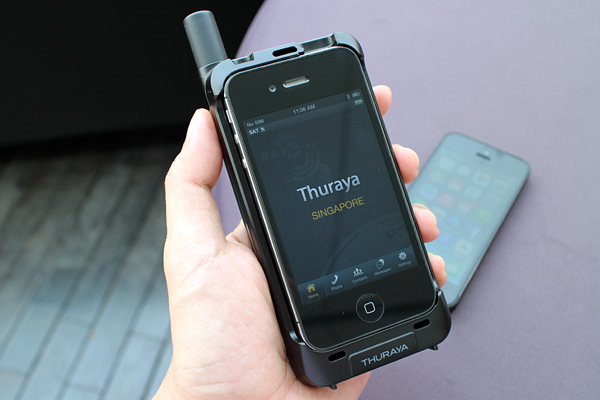 Join HWZ's Telegram channel here and catch all the latest tech news!
Our articles may contain affiliate links. If you buy through these links, we may earn a small commission.
Previous Story
Sony DR-BTN200M Bluetooth Headset with NFC Delivers Up to 40 Hours of Music Playback
Next Story
Panasonic Launches Rugged 7-inch Android Toughpad at CommunicAsia 2013