Note: This article was first published on 21st January 2017. 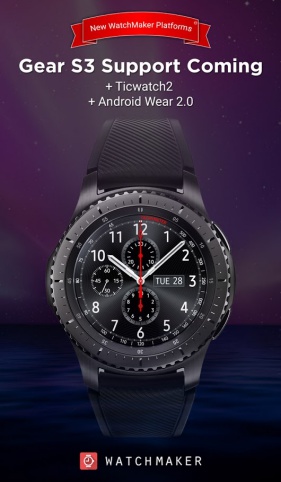 If you're using a Samsung Gear S2 or Gear S3, more watch faces are coming your way soon!

WatchMaker currently has free and paid app (S$4.99) versions on the Play Store. The free version will give you access to 6 watch faces, 12 fonts, 15 backgrounds and the watch designer while the paid version provides 8 featured watch faces weekly and exclusive access to thousands more from its Google+ community.

Join HWZ's Telegram channel here and catch all the latest tech news!
Our articles may contain affiliate links. If you buy through these links, we may earn a small commission.
Previous Story
BlackBerry will launch its 'Mercury' phone on 25th February
Next Story
You can pay for rides on public transport with EZ-Link Wearables