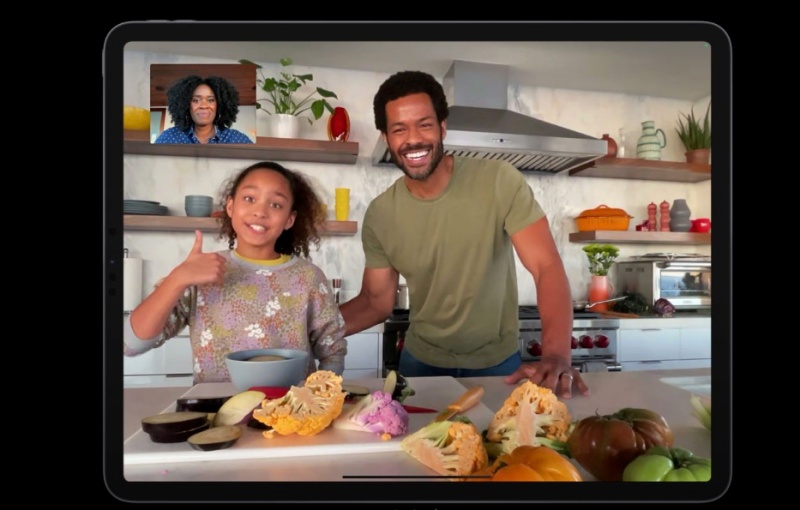 Apple introduced a new camera feature, Center Stage on the iPad Pro (2021) models where machine learning is used to automatically pan (digitally) the 12MP front-facing camera as the user moves and even zoom in/out. However, Apple didn't mention during the launch event whether it will be supported on third party apps such as Zoom.

iOS developer Federico Viticci shared on Twitter that the Center Stage is not exclusive to FaceTime video calls. Third-party apps can use Center Stage via an API to toggle it on/off. The iPad Pro's product page also mentioned that Center Stage works with FaceTime and other video conferencing apps.