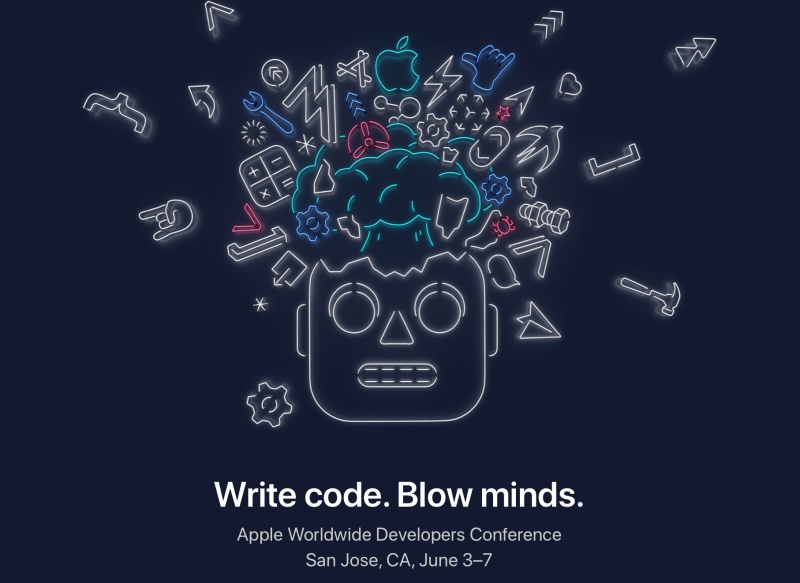 Apple's annual Worldwide Developers Conference (WWDC) 2019 will be held in San Jose from 3 June to 7 June. As expected, Apple will be showcasing a list of new features for iOS 13, macOS 10.15 and watchOS 6. Sources familiar with the plans have told Bloomberg what to expect at the annual conference:

Similar to iOS 12, Apple is reportedly focused on the performance of the iPhone and fixing bugs. Known internally as "Yukon", you can expect user interface enhancements such as a new animation when multitasking and closing apps. Widgets that live on the left of the home screen will have a cleaner look.

Apple is likely to introduce Dark Mode, which is a black and grey-heavy interface optimized for viewing at night. Dark Mode can be enabled in Control Center. A new keyboard option which functions similar to SwiftKey is said to be in testing.

The Health app will get a new homepage that provides a better outline of the user's daily activities. It will have a section for "hearing health" to track how loud you play music on your earphones, and come with more comprehensive menstrual cycle tracking.

There will be an updated Reminders app with a homescreen consisting of four default panels laid out in a grid with their respective colors for easy identification: tasks for today, all tasks, scheduled tasks, and flagged tasks. Screen Time will be enhanced to let parents control the people kids can and cannot contact at particular timings.

iMessage will be improved with WhatsApp-like features such as setting up a profile photo, display name, and the option to select who to see it. iMessage users will get the option to send sticker versions of Animojis and Memojis.

The Maps app will be made easier to create groups of frequent places and add a photo to them. Find My Friends and Find My iPhone will be combined into a new, single app and could be paired with a physical beacon to attach to non-Apple devices.

iOS 13 will also have new iPad-specific features. These include an option to use the iPad as a second Mac screen and the ability to draw with the Apple Pencil, getting Mac notifications, an updated interface for multitasking, homescreen tweaks and the ability to cycle through different versions of the same app.

The biggest feature will be a new software development kit that allows developers who write iPad apps to re-work them so that they can run on the Mac. This not only simplifies the development process, it also helps to boost the macOS app ecosystem. This feature will be expanded to iPhone apps by next year and the end goal is to merge iPhone, iPad and Mac apps into single downloads that can run on any Apple device. This would also mean that the App Stores for iPhone, iPad and Mac will be merged.

Apple will be introducing several in-house software such a new Apple Music app, Screen Time, effects and stickers for the Messages app, integration with Siri Shortcuts app, new Reminders app and updates to Apple Books. There will be some new hardware announcements which include a new MacPro and an external monitor with high-dynamic support.

Apple will be introducing several new watch faces such as a "Gradient" face that makes a gradient look out of the user's preferred color, two new "X-Large" faces that show jumbo numbers in various fonts and colors, a "California" dial that looks like a classic watch face and mixes Roman numerals with Arabic numerals, a redesigned "Solar Analog" watch face that looks like a sundial, and a new "Infograph Subdial" that has larger complication views for the stock market chart or the weather app.

There will also be more "Complications" including one that shows the status of audio books, battery life of hearing aids, and others that measure noise in the environment and rain data.

The App Store will be added directly on the Apple Watch so that users can download apps on the go. There will be two new health-related apps for the Watch for pill reminders and tracking menstrual cycles.