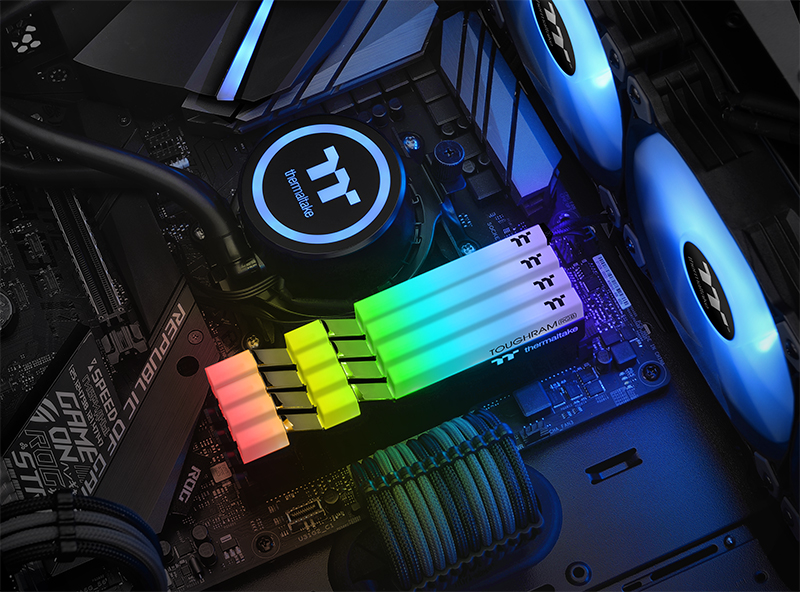 Thermaltake has launched its Toughram RGB DDR4 memory, following up on their debut at Computex earlier this year. The new memory sticks are the company's first gaming memory products, and they feature a 10-layer PCB and aluminum heatspreaders for improved overclocking performance and stability.

They can be controlled using the Toughram RGB software – there are up to 25 different lighting modes –which can also be used to monitor temperature and frequencies in real-time.

Of course, the Toughram RGB will also work with Thermaltake's existing RGB ecosystem and support TT RGB Plus, TT AI Voice Control, Razer Chroma, and even Amazon Alexa. Each memory stick is equipped with 10 addressable LEDs that you can customise to your liking. You'll be able to do this using software from the major motherboard makers as well, including ASUS Aura Sync, Gigabyte RGB Fusion, MSI Mystic Light Sync, and ASRock Polychrome.

Join HWZ's Telegram channel here and catch all the latest tech news!
Our articles may contain affiliate links. If you buy through these links, we may earn a small commission.
Previous Story
You can now get Vivaldi on Android
Next Story
These Aorus liquid coolers come with customisable LCD displays