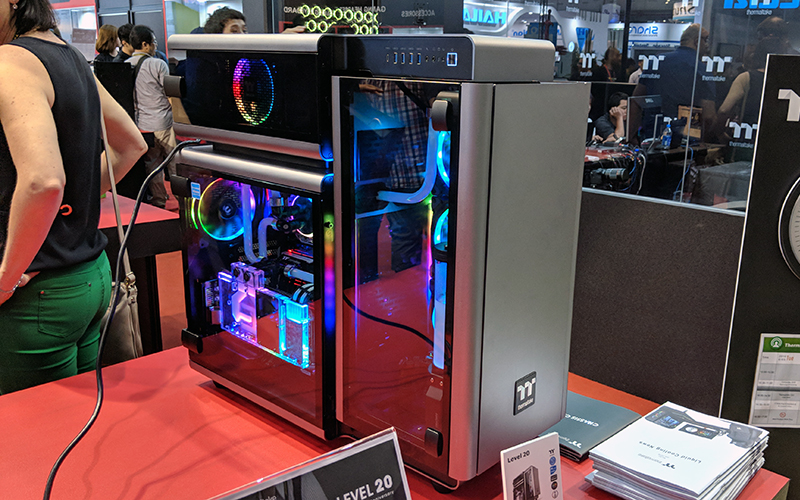 The largest of the new cases is the Level 20 GT chassis, which comes with two large Riing Plus RGB 200mm fans in front and one 140mm spinner in the back. 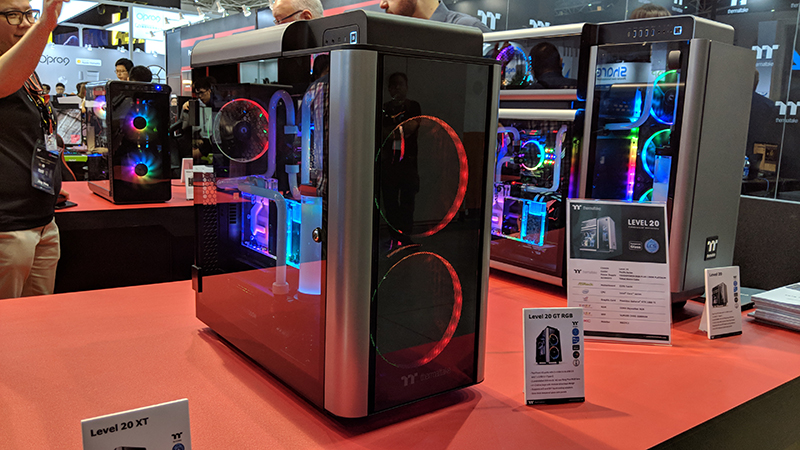 It’s clad almost entirely in tempered glass, featuring 5mm-thick glass panels on both sides and at the top, which should make for quite a stunning look if you have RGB fans to install up top.

The case also supports a modular vertical GPU mount. It will even support 2-way SLI in this manner, which is pretty neat. As befitting a case targeted at enthusiasts, there’s good support for the highest-end hardware, with room for up to a 420mm radiator and E-ATX motherboards.

The Level 20 GT also utilizes a modular drive tray design, with room for up to seven drives. In comparison, the flagship Level 20 case features up to 11 modular drive bays and a less conventional three-chamber design.

A step down the ladder gets you the Level 20 XT, a mid-tower chassis with a single pre-installed 140mm fan and removable dust filters. It is similar wrapped in 4mm-thick tempered glass side panels, and also offers up support for a range of AIO and DIY liquid-cooling solutions. 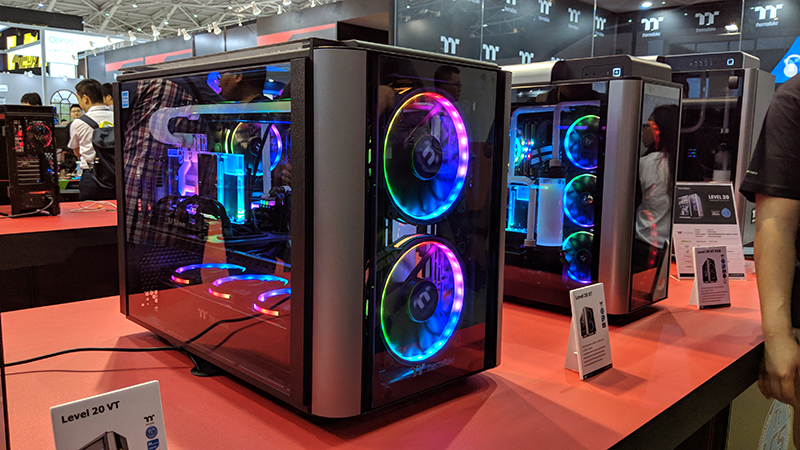 The case has plenty of room for multiple hard drives as well, and it features nine drive bays that utilize a modular tray design.

Finally, there’s the Level 20 VT, which is sort of the runt of the litter. That said, it shares the same aesthetic as its larger siblings, and also boasts 4mm-thick tempered glass panels on its sides and top. It ships with a single 200mm RGB fan in the front, and comes with removable dust filters. 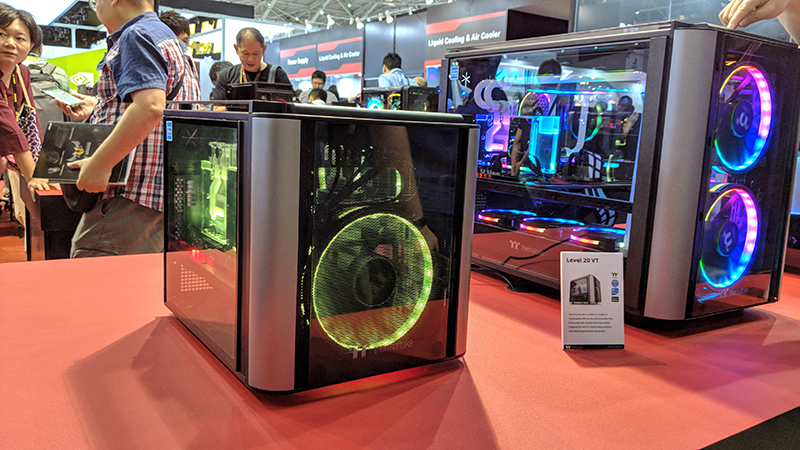 This is a relatively compact micro-ATX case, and it’s actually divided into an upper and lower chamber. The top chamber houses components like your motherboard and graphics card, while the bottom one holds your power supply and storage drives.

What’s also interesting is that the motherboard is intended to lie horizontally, so your GPU is mounted in a vertical orientation, which offers it greater visibility. The same applies to the Level 20 XT as well, and you’ll be able to show off your card in its full glory. 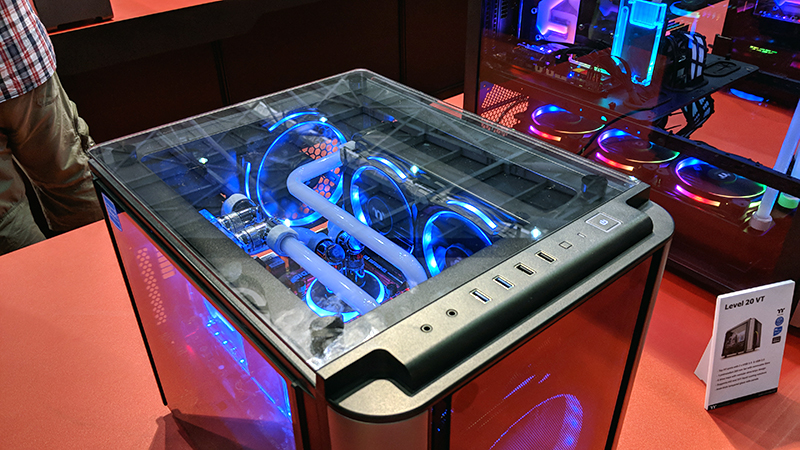 And despite being a relatively compact case, there’s still room for up to eight storage drives.