Note: This article was first publishing on 29th November 2020 and is now updated with more variety from the same family of pump and reservoir combo. 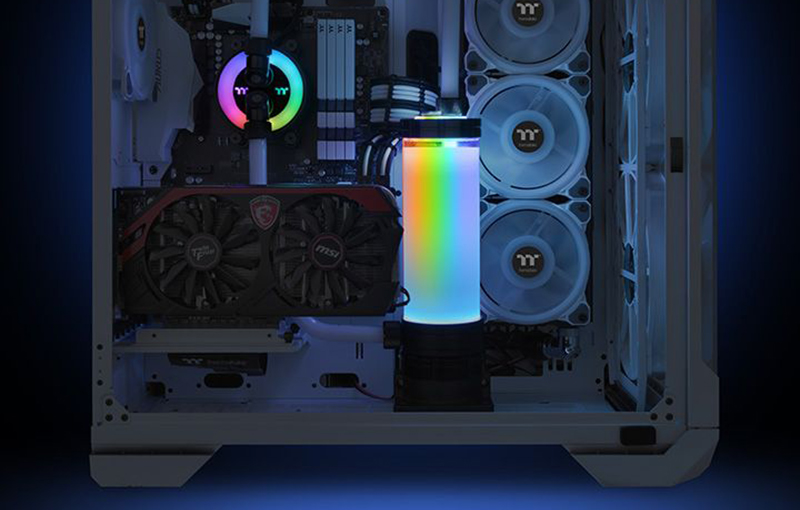 Thermaltake has announced that its new Pacific PR32-D5 Plus reservoir and pump combo and Pacific MX1 Plus CPU water block are now available for sale.

The new reservoir and pump combo features newly-designed mounting stands for additional stability when holding the 400ml reservoir, while the 360° rotary cap design lets you adjust the positions of the G 1/4 thread ports even after they've been mounted.

The cap is outfitted with RGB LEDs that can be customised using the TT RGB Plus software, which in turn suffuses the reservoir with soft lighting that makes for a rather pleasing aesthetic. There are a total of 12 addressable LEDs and a bunch of lighting presets that you can pick from, including Aurora, Cross, Black Hole, Scan, and Shooting. 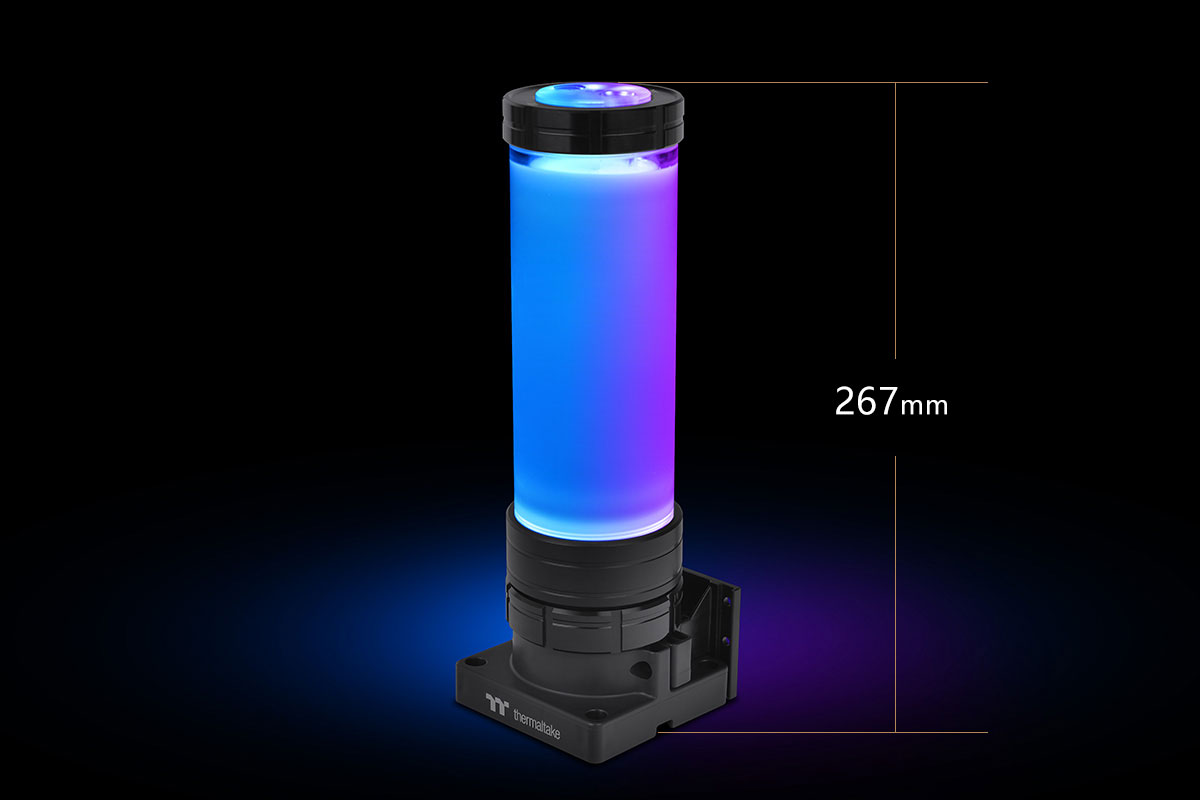 The 400ml capacity makes this Thermaltake's largest reservoir, and the company says it can withstand a maximum pressure of 50 PSI. The pump head is rated for a flow rate of 1,135 litres per hour, while the 5-level speed control lets you manually tweak the pump speed according to your system load.

Finally, the Pacific PR32-D5 Plus ships with a bracket that lets you install it on a fan, which may come in handy in small cases without the luxury of space.

Then there's the Pacific MX1 Plus CPU water block, which comes with a mirror finish top cover that turns transparent once the 12 RGB LEDs below it are illuminated. Thermaltake says the mirror finish was created using a "vacuum metalising" technique, while the relatively tall 52.2mm water block helps create the perception of added depth. 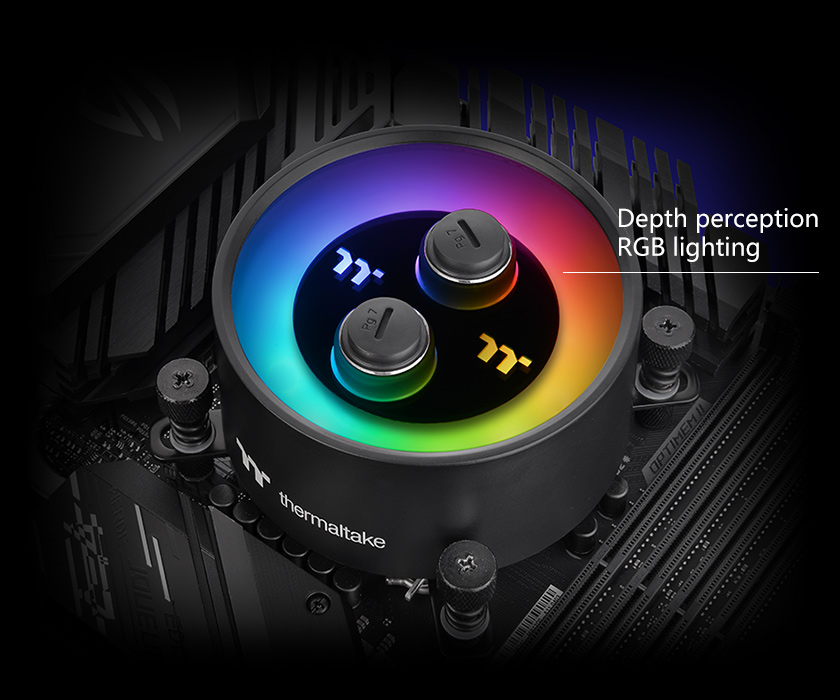 The water block features a built-in temperature sensor for passing coolant, which can be monitored from the TT RGB Plus software. The base is nickel-plated copper with a mirror finish that supposedly makes it easier to spread out the thermal compound and improve heat transfer.

New additions to the family

Today Thermaltake has added even more options for PC enthusiasts, which possibly signals the popularity of the Pacific PR series. 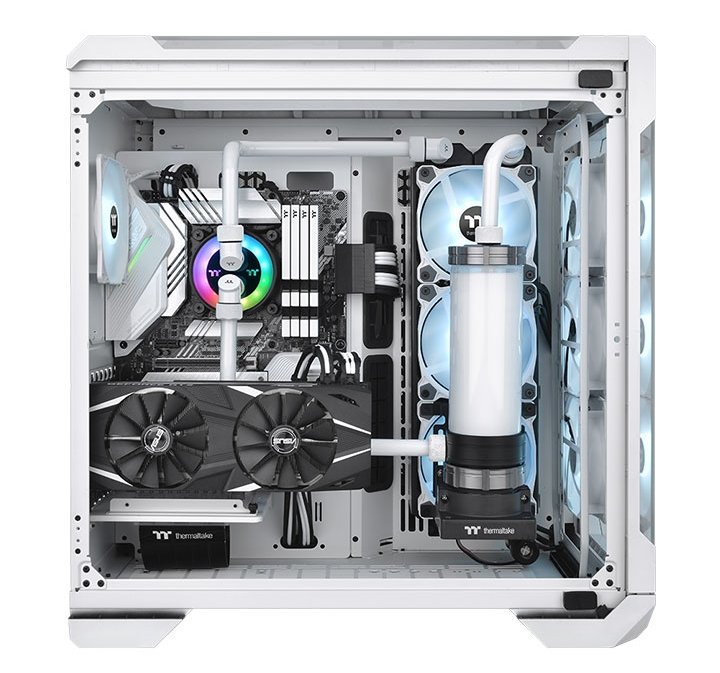 For those who like the functionality of the Pacific PR32-D5 Plus reservoir and pump combo, but prefer simpler aesthetics to better fit a casing and accessories with monotone colours to match, Thermaltake now has a non-RGB edition without the "Plus" nomenclature. Finished in black and silver, the Pacific PR32-D5 pump and reservoir combo is now available for US$189.99, ten bucks less than its RGB brother covered last year.

Lastly, what if you like everything about the original Pacific PR32-D5 Plus, but don't really have the space to accommodate it? The new Pacific PR12-D5 Plus is here to answer this call with a shorter reservoir that stands at 196.7mm tall and has a capacity of 250ml. This helps free up space within more compact chassis and still give you all the features that made the original version cool like the 360° rotary cap design with addressable RGB LEDs for soft lighting and G 1/4 thread ports for tubing. The PR12-D5 Plus also retails for US$189.99 and is now available. 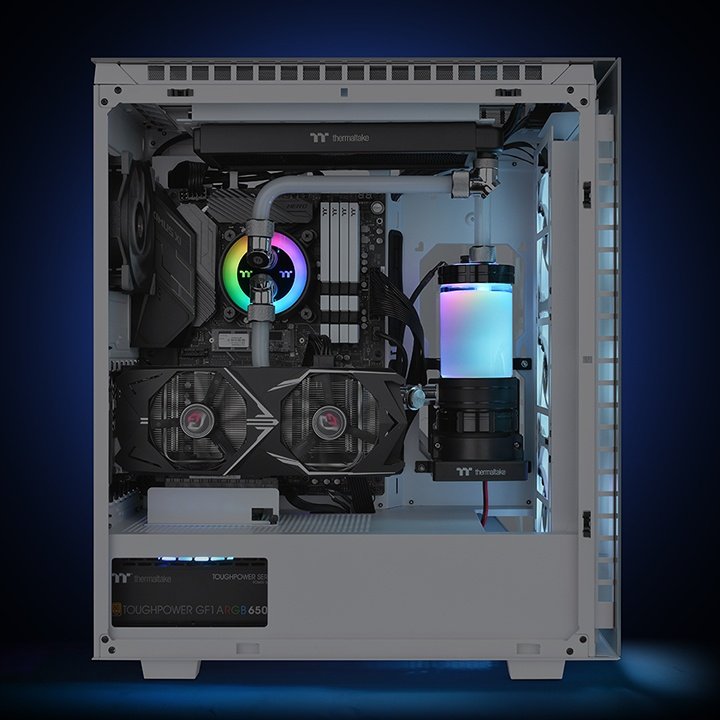 Join HWZ's Telegram channel here and catch all the latest tech news!
Our articles may contain affiliate links. If you buy through these links, we may earn a small commission.
Previous Story
The Logitech G435 LIGHTSPEED Wireless Gaming Headset weighs in at a feather-light 165g
Next Story
ViewQwest implements Singpass login for customers