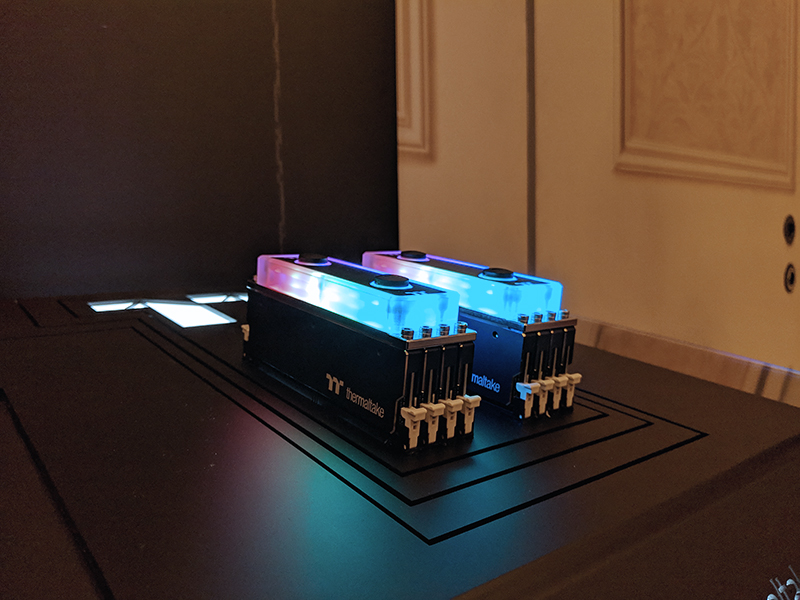 Thermaltake is officially stepping into the memory market, and it's doing so with quite a bang, or rather, a splash. The WaterRam RGB Liquid Cooling DDR4 memory boasts an integrated liquid-cooling solution, so you can go to town with overclocking.

The built-in water blocks are also infused with RGB lighting, and they are capable of displaying up to 16.8 million colors and a brightness of 12 lumens. You can control the water block using Thermaltake's software (Amazon Alexa is also supported so you can use voice commands as well), and the company says this is the world's first DDR4 memory with two-way cooling, where the copper-based water blocks and aluminum heatsinks combine both passive and active cooling. 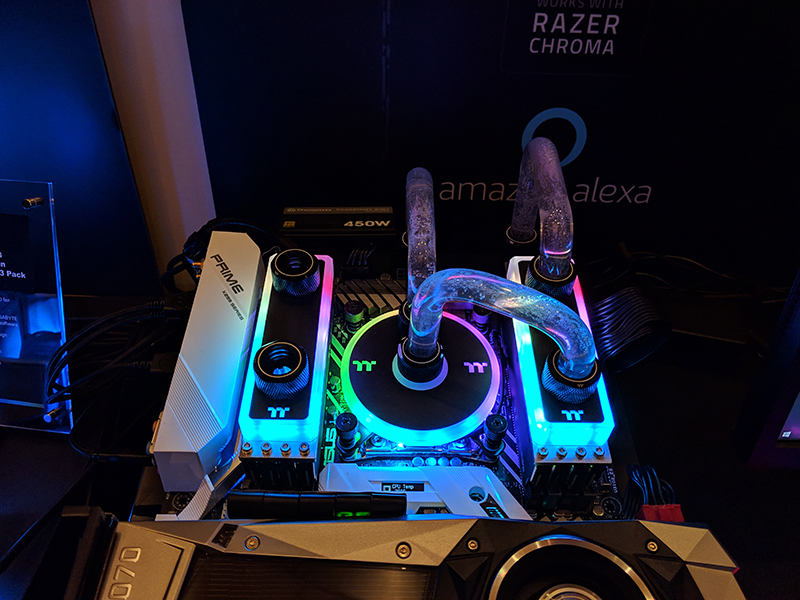 This cooling solution reportedly lowers RAM temperature by up to 37 per cent compared to "traditional natural passive cooling solutions", which should mean better performance in theory.

In addition, you can sync the memory with motherboards from ASUS, Gigabyte, MSI, and ASRock, as long as they have a 5V addressable RGB header.

Finally, the memory sticks are clocked at 3,200MHz and support Intel XMP 2.0 and CL16 latencies.

Previous Story
X-mini’s cool new SUPA 2 speaker is a boombox from the future
Next Story
The Numi 2.0 intelligent toilet by Kohler has RGB lighting and Amazon Alexa built in