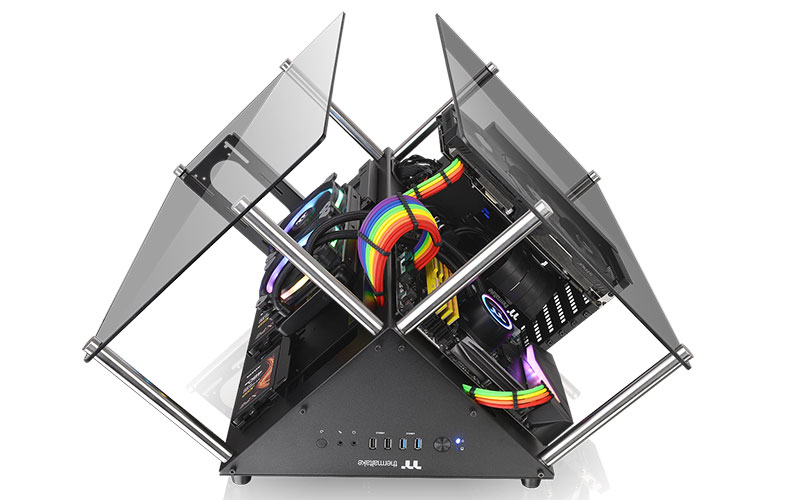 Thermaltake has announced the Core P90 Tempered Glass Edition, an open-frame chassis that promises to show off your rig beautifully.

The unconventional design features two 5mm-thick tempered glass panels that float free of the mounting frame and each other, so you have a pretty unobstructed view of your precious hardware. It joins other similar cases from Thermaltake like the Core P1, P3, and P5 in offering an open-frame design, but this may be the most visually impressive of the lot.

Two steel panels comprise the core of the chassis where you install your components, and they meet each other at a right angle. Your hardware goes onto the outward facing areas, and the tempered glass panels cover them.

The base of the case is actually a triangle, and it resembles a hardware test bench more than any traditional chassis. The case feet take the form of two broad struts that screw into the triangular base, but these can be removed when you want to mount the chassis on a wall or simply lay it on its back. 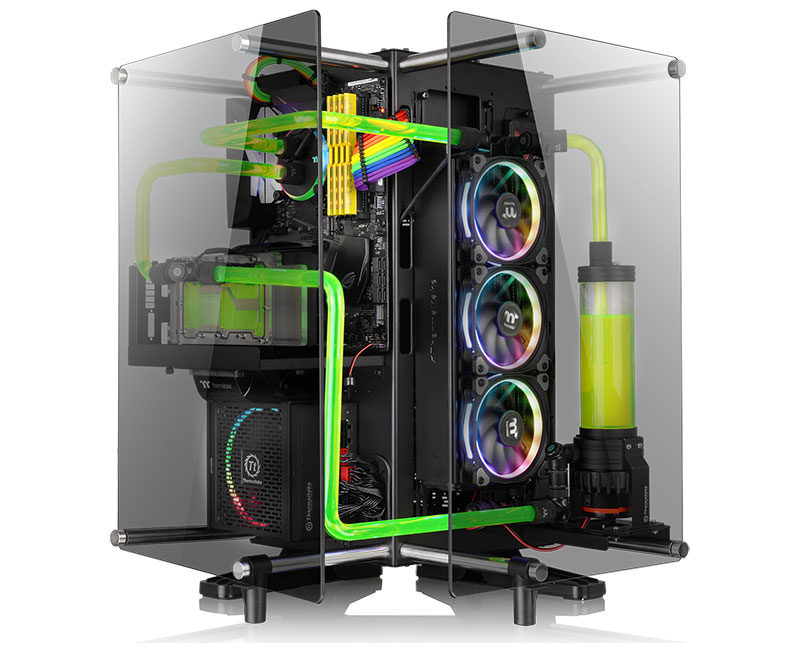 The left wall of the chassis makes up the motherboard tray, and there’s a vertical mount for the power supply at the bottom edge of the board (supports up to the standard ATX form factor). In addition, an adjustable PCIe bracket will let you mount your graphics card either horizontally or vertically. A PCIe 3.0 riser cable is included for the latter case.

The other wall holds things like liquid-cooling radiators and storage drives. As a Tt LCS Certified case, there’s plenty of room for large radiators and a custom liquid cooling setup. It’ll take up to a 480mm radiator on the right, so there’s a reasonable amount of freedom in that department.

Furthermore, there’s a total of seven drive bays, including space for three 2.5-inch drives behind the motherboard tray and modular drive trays for two 3.5-inch drives.

The Core P90 Tempered Glass Edition is now available to order on the TT Premium Asia online store for US$179, but it’s currently backordered.