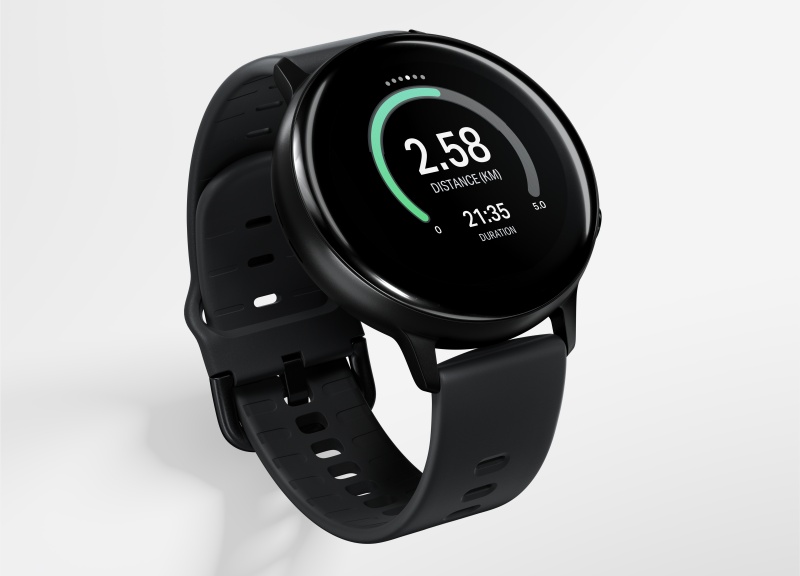 Samsung partnered with Under Armour to launch a special edition of its Galaxy Watch Active2.

Officially known as the Galaxy Watch Active2 Under Armour Edition, it is designed specifically for the runners with preloaded software that integrate with Under Armour's fitness ecosystem.

The Galaxy Watch Active2 Under Armour Edition comes with a six-month free MapMyRun Premium membership, which gives users access to training plans to get the best out of their workouts. It also has an exclusively designed watch face that features important data such as heart rate, pace and form during workouts.

As it can pair with Under Armour's HOVR connected shoes, the smartwatch can provide visual feedback and audio cues during workouts to help runners improve their stride or maintain their pace to complete their goals. In-depth form analysis and detailed coaching tips will be made available on the paired smartphone during post-workout.

The Galaxy Watch Active2 Under Armour Edition will be available from 12 October at local telco operators, major consumer electronics & IT stores, Samsung Experience Stores, Lazada Singapore, Shopee Singapore, and KrisShop. The 40mm model retails for S$448 while the 44mm is priced at S$498.

Previous Story
iPad and MacBook with mini-LED displays to launch between Q4 2020 and mid 2021?
Next Story
AMD announces availability of its Ryzen Pro 3000 series desktop processors