There’s now a Raspberry Pi 4 with 8GB of RAM

There’s now a Raspberry Pi 4 with 8GB of RAM 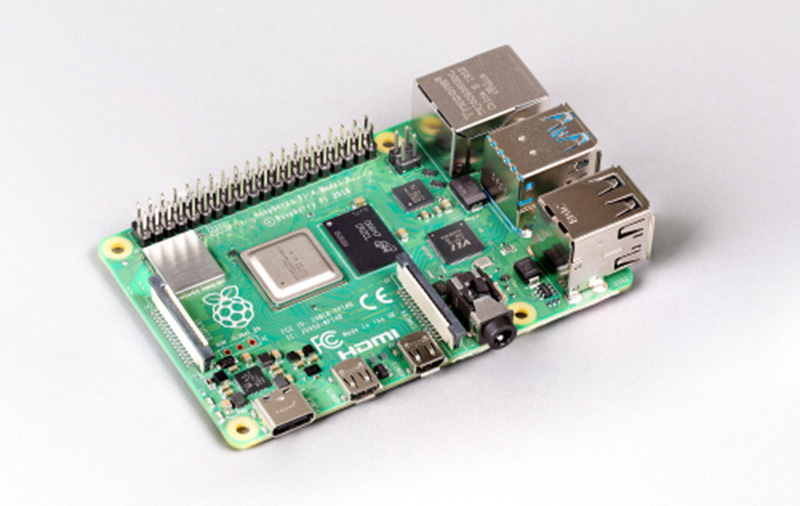 The Raspberry Pi 4 Model B released last June is without question a powerful single-board computer. It has a 1.5GHz quad-core Cortex-A72 CPU, connects up to dual 4K monitors, has two USB 3.0 ports, two USB 2.0 ports and a USB-C port for power supply, and supports Bluetooth 5.0, dual-band 802.11ac Wi-Fi and (at long last) full-throughput gigabit Ethernet.

The Raspberry Pi 4 is also the first Pi to come in more than one memory options: 1GB, 2GB and 4GB. Other than wondering what one can do with a 4GB Pi 4, I remember another discussion at the time in the community was whether a 64-bit version of Raspbian (the default Debian-based OS that Raspberry Pi runs on) is needed. Long story short, 32-bit Raspbian runs just fine on the 4GB Pi 4 because the computer uses Large Physical Address Extension (LPAE) to address the entire 4GB RAM.

Anyway, a year on and there’s now another version of the Raspberry Pi 4 — one with 8GB of RAM. Other than swapping for a new memory package and tweaking a couple of components on the board to ensure it can handle the slightly higher peak currents, the new 8GB model is no different from the other Pi 4s.

Regarding 64-bit support, the Raspberry Pi Foundation has prepared an early beta of 64-bit Raspbian, which with the 32-bit Raspbian are now collectively known as the Raspberry Pi OS. To be clear, you can still run the 32-bit OS on the 8GB Pi 4; the 64-bit version is for power users who run 64-bit apps and wish to access the full 8GB in a single process today.

The 8GB Raspberry Pi 4 is now available for US$75. The 4GB and 2GB versions will continue to be sold at US$55 and US$35 respectively. The 1GB version is also priced at US$35, but is only available to industrial and commercial customers. Closer to home, Cytron is selling the 8GB Pi 4 for S$120.

Join HWZ's Telegram channel here and catch all the latest tech news!
Our articles may contain affiliate links. If you buy through these links, we may earn a small commission.
Previous Story
Brydge's more affordable Magic Keyboard alternative for the iPad Pro is coming
Next Story
PSA: SPF warns of resurgence of scams involving WhatsApp account takeovers