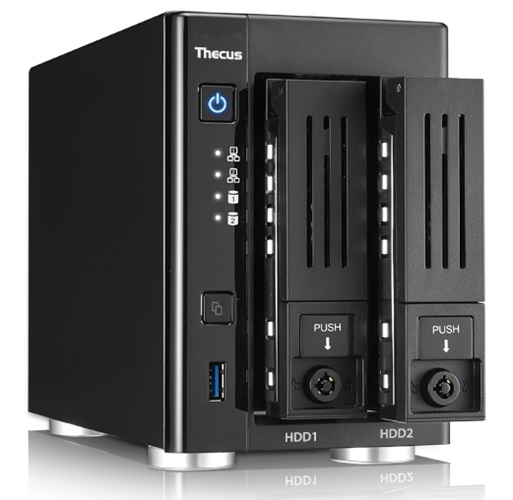 Powered by an Intel “Braswell” Celeron SoC (system on chip), the Thecus N2810 is NAS device that's an ideal companion to your existing home AV equipment or your multimedia PC. The NAS comes with a HDMI 2.0 port for local 4K video playback. It also acts as a media streaming hub with its Plex Media Server software. It also enables the user to organize his media content, ranging from videos to holiday snapshots. At its heart, there’s the dual-core, 1.6GHz Intel Celeron N3050 SoC, with 2GB of DDR3 RAM, expandable up to 8GB. There are two internal SATA drives that can be configured in RAID 0 or 1; they can also be left alone as a JBOD setup. 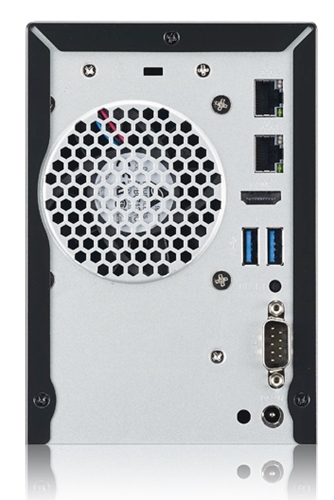 The Thecus N2810 has a pair of Gigabit LAN ports that support up to seven modes of link aggregation, which include load balance and failover. Link aggregation can also be used to “bond” multiple links from the network switch to the NAS device. This effectively increases the network capacity to the Thecus N2801, enabling it to handle large files at more than 1-Gigabit speed. There’s also a HDMI port for local playback, and its supports USB devices over its triplet of USB 3.0 ports. 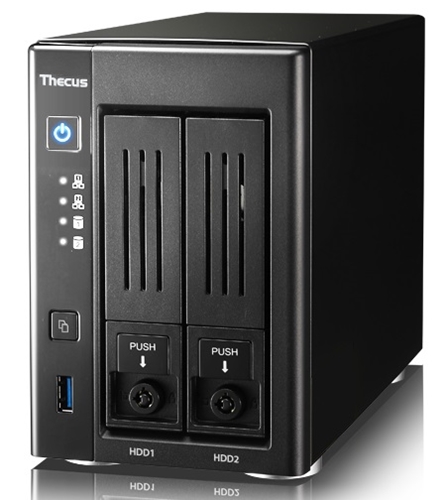 In terms of user interface, this new 2-bay NAS ships with new ThecusOS 7.0, and it is one of the first NAS support the new OS. The NAS comes bundled with free Intel Security and Acronis Backup software. For users on the go, the Thecus N2810 supports the T-OntheGo smartphone app that will allow users to securely access its stored data with their supported smartphones, enabling the new NAS to function as a secure, personal cloud storage service. Speaking of cloud backup services, besides ensuring local data redundancy with a RAID 1 setup, the Thecus N2810 integrates with commercial cloud services like DropBox, Amazon S3 and ElephantDrive. This provides an additional layer of protection for the user’s data.

The Thecus N2810 will ship by February this year; however, its SRP is still undisclosed. For users who are interested in exploring the new ThecusOS 7.0 operating system, do visit this link.

Previous Story
WhatsApp drops US$0.99 annual fee
Next Story
Microsoft will limit support for new processors to Windows 10 to get more users to upgrade
Featured Highlights