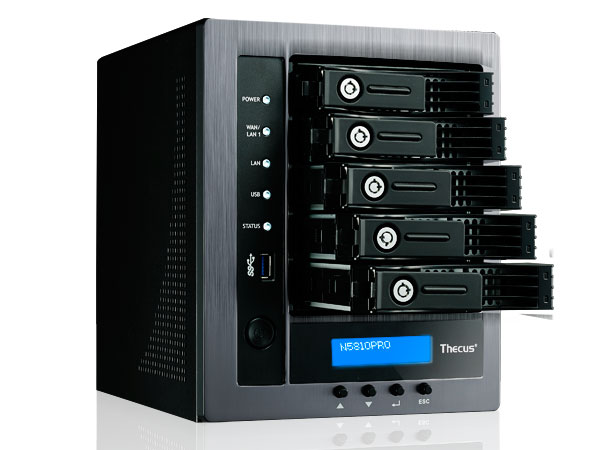 Network-attached storage (NAS) devices provide convenient wireless access to your data wherever you are. Homes and small businesses can now have their own personal cloud, but what if the data in this cloud is lost?

Thecus has now announced the N5810PRO, a new 5-bay NAS device that promises to preserve data integrity even in the event of crashes. The N5810PRO is powered by a quad-core Intel Celeron J1900 2.0GHz SoC and is backed up by a Lithium-ion mini-UPS (Uninterruptible Power Supply) battery. The backup battery should help preserve data even in the midst of a power outage by allowing the system to store unwritten data to hard disks and shut down safely.

The new NAS device is positioned as a more robust storage solution that businesses can rely on for performance and a peace of mind that their data will remain secure. Thecus hopes that the N5810PRO will help business users optimize their business environment with its comprehensive set of applications targeted at boosting performance and security.

The N5810PRO features 4GB of DDR3 RAM that is expandable up to 8GB and is equipped with 5 Gigabit LAN ports that Thecus says can sustain throughput speeds of up to 500MB/s. In addition, it supports seven modes of link aggregation, a feature which increases the bandwidth of the NAS device by aggregating multiple network interfaces to boost network capacity. Link aggregation also adds capabilities like fault tolerance for better data resilience and port-trunking modes for better performance, the latter of which enables multiple virtual LANs (VLANs) to be set up on the same interface, thus boosting its traffic throughput. The N5810PRO can also expand its storage capacity up to 40TB to cater to the growing data needs of businesses. It even includes support for virtualization software like VMware, Citrix and Microsoft Hyper-V, thus facilitating a seamless integration into the virtualization environment of individual businesses. 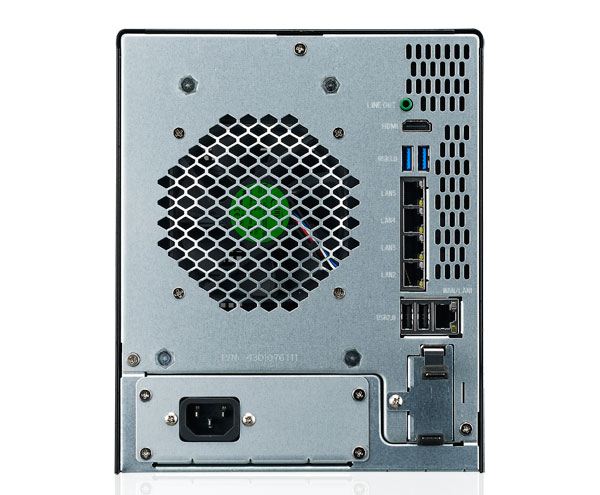 To cap it all off, the N5810PRO supports a range of backup software like Data Guard for local and remote backups, Data Burn and Snapshot Backup, which uses the Btrfs file system. For the uninitiated, Btrfs is a file system that incorporates additional features that benefit enterprises, like the ability to have a continuous file system across multiple hard drives. As a business-oriented device, the N5810PRO is loaded with a bevy of features aimed at enhancing storage functionality and reliability for businesses while making it easier to manage all their data.

But the N5810PRO isn’t just all work and no play. It runs on the Thecus OS5 operating system and supports a rich set of entertainment features with an HDMI output and support for Kodi, which we also saw on QNAP's NAS devices. Kodi brings easy multimedia playback and mobile access via the T-OnTheGo mobile app. The app can be downloaded for free from both the Apple App Store and Google Play.

Units should already be shipping globally and we'll update when we have more information on local pricing and availability. For more detailed specifications, please refer to Thecus' product page.

Join HWZ's Telegram channel here and catch all the latest tech news!
Our articles may contain affiliate links. If you buy through these links, we may earn a small commission.
Previous Story
MyRepublic to offer 1,000 free SIM and unlimited data in mobility trial (Updated)
Next Story
Sony announces launch of new wireless multi-room speakers