Thecus has extended its SMB and Enterprise line of NAS servers with the 10GbE Ready N7710 and N8810U. 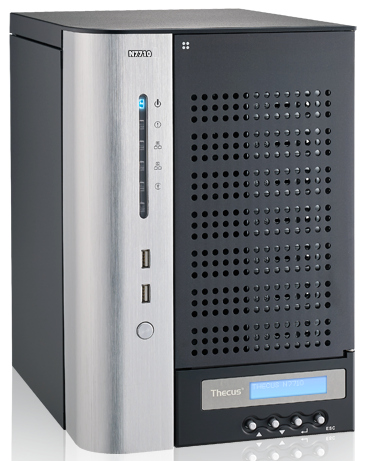 Featuring identical hardware and performance as the recently released N7710-G and N8810U-G, the new NAS servers come with stock support for 10GbE connectivity, via a PCIe add-on card. Besides the expansion slot on the back of the NAS, each unit houses the two HDMI and VGA multimedia ports, as well as two USB 3.0, six USB 2.0, and two single gigabit Ethernet ports.

Powered by an Intel Pentium G850 G850 2.9GHz dual-core processor and 4GB of RAM, both models benefit from the balanced strengths of RAID 50, while the N8810U offers the enhanced reliability of RAID 60.