TGS 2019: We finally know what Capcom's Project Resistance is

TGS 2019: We finally know what Project Resistance is 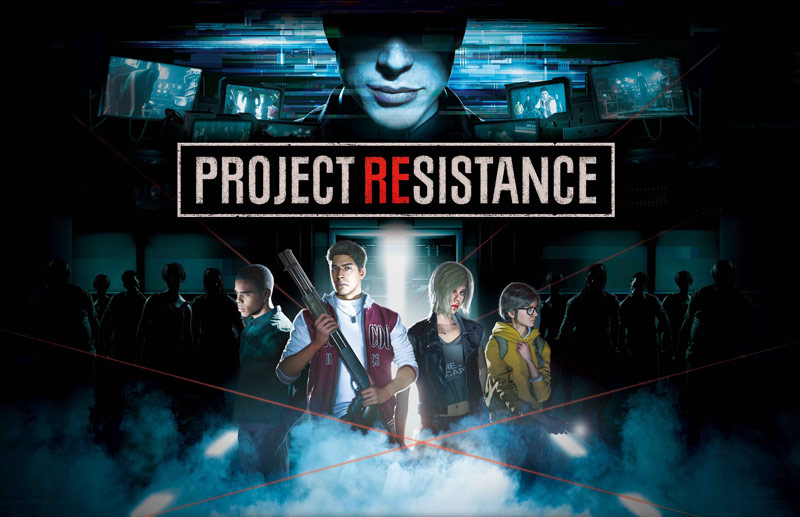 Project Resistance is the latest Resident Evil game, and Capcom has been pretty secretive about it leading up to Tokyo Game Show 2019. All we had to go on was a trailer that seemed to hint at multiplayer elements. Today however, Capcom finally showed off what exactly Project Resistance is!

First off, Project Resistance is an asymmetrical team survival horror game set in the world of Resident Evil. We won’t see characters like Leon S. Kennedy and Chris Redfield make an appearance - at least, not yet - but we will see classic zombie types from the Resident Evil 2 remake return here.

In a multiplayer match, players will have to work together to fight against a ‘Mastermind’ who has rigged their fortress to trap four characters in rooms full of zombies and obstacles. It seems like this doesn’t take place during the chaos of Racoon City’s downfall like we originally thought. Instead, these characters are thrown into some sort of sick experiment conducted by the Umbrella Corporation.

Now, about those survivors. These are four people of different backgrounds and skill sets, captured by Umbrella to take part in their evil experiments. Each character fills a certain role during gameplay; Samuel is a bare knuckle fighter with high melee damage, January is a hacker who can disable security cameras, Valerie is a healer who can mark nearby threats and Tyrone is a tank with high defense and damage output.

The odds of survival are slim

Things aren’t looking good for the Survivors. Players who run out of time before finding the exit will lose the match. Masterminds will have to stall for time by placing down as many strategic obstacles as possible to stop or slow down the Survivors. Survivors who band together and beat those obstacles will earn extra time.

Survivors will have to solve puzzles and move from area to area in escape room-esque gameplay to get to the exit, too. Seems simple enough, right? This is obviously Capcom’s idea of an ‘in-between’ game, considering how many shared assets and animations it has with the Resident Evil 2 remake.

Thus, it’s not exactly mind-blowing in concept or execution, but I could see myself having a fun few rounds with friends. Those flashy attacks, ugly HUD and damage numbers look weird though - hopefully they iron that out before release. If you wanna check it out for yourself, sign up for the closed beta on the Project Resistance website!

Join HWZ's Telegram channel here and catch all the latest tech news!
Our articles may contain affiliate links. If you buy through these links, we may earn a small commission.
Previous Story
TGS 2019: Final Fantasy VII Remake's latest trailer shows off the Turks and new mini games
Next Story
Presenting the overnight meme - the iPhone 11 Pro's camera