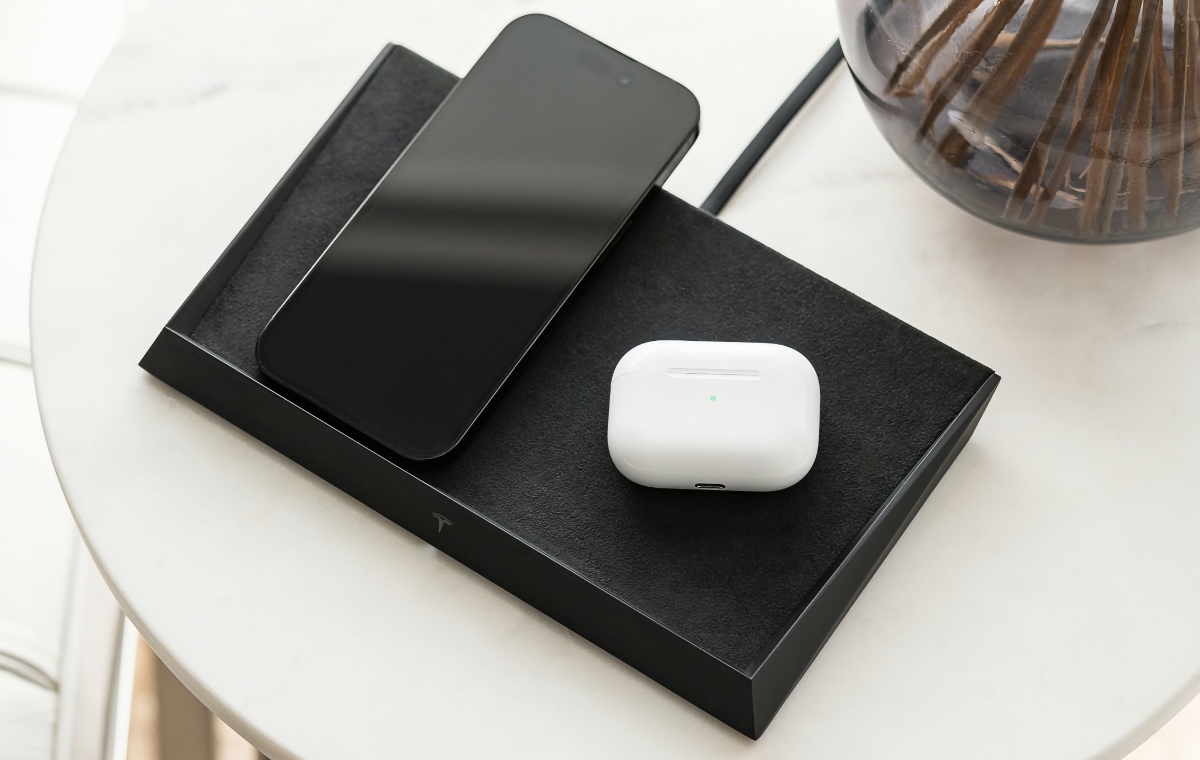 Tesla's Cybertruck hasn't gone into production yet but it has already inspired the creation of another device. This is Tesla's new US$300 Wireless Charging Platform.

According to Tesla, it's "inspired by the angular design and metallic styling" of the Cybertruck, and I have to admit, it's one rather sweet-looking wireless charging pad.

The housing is aluminium and it has a soft alcantara surface for your devices to rest on while it charges.

Speaking of charging, it can provide up to 15W of juice to up to 3 devices simultaneously. Furthermore, it has FreePower technology (something from a company called Aira) which allows your devices to charge regardless of where you place them on the charging pad.

It also comes with a detachable magnetic stand so you can lay the charger flat or at an angle.

While Tesla's Wireless Charing Platform sounds very much like Apple's unreleased and on-and-off AirPower charging mat, it's important to note that it only works with Qi devices and therefore doesn't charge the Apple Watch.

The Tesla Wireless Charging Platform is priced at US$300 (~S$405) and will begin shipping in the US in February 2023. No word yet if it'll arrive on our shores. We have reached out to ask and will update this article once we know more.

Join HWZ's Telegram channel here and catch all the latest tech news!
Our articles may contain affiliate links. If you buy through these links, we may earn a small commission.
Previous Story
Purported 2023-2025 roadmap for Pixel devices revealed
Next Story
Samsung Galaxy S23 launch date could be earlier than expected