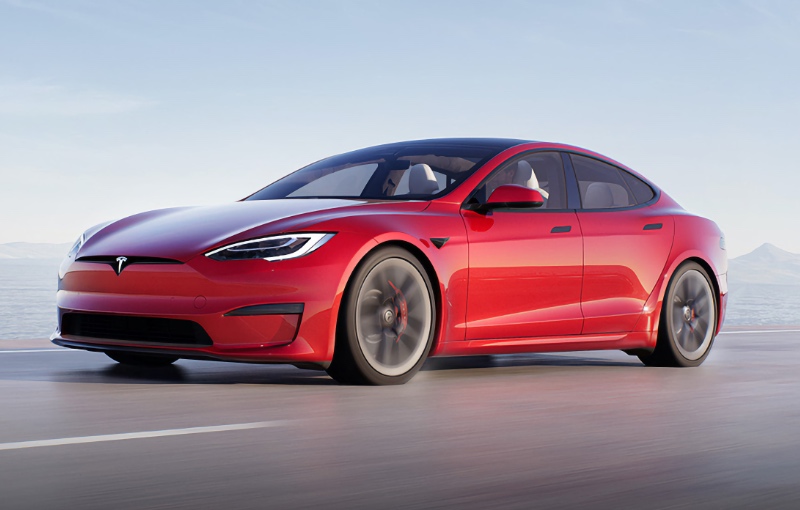 Tesla has a new version of the Model S and it's called the Model S Plaid. The name doesn't sound fearful but Elon Musk (Tesla's CEO in case you don't know) said it's the "quickest production car ever made".

On its own, it's hard to grasp these numbers. To give some context, consider that a 1,500hp Bugatti Chiron needs 2.4 seconds to get from 0 to 60mph and 9.4 seconds to complete the quarter-mile.

Yup, the Model S Plaid is a seriously quick car, but the quickest production car ever? I think the Rimac Nevera has something to say about that.

Anyway, power in the Model S Plaid comes from a "all-new battery pack" of unspecified capacity. It feeds three electric motors that generate a combined 1020hp. Claimed range is up to 390 miles (~627km). Charging performance has also been improved and users can add up to 187 miles (~300km) of range in just 15 minutes at a Tesla Supercharger. 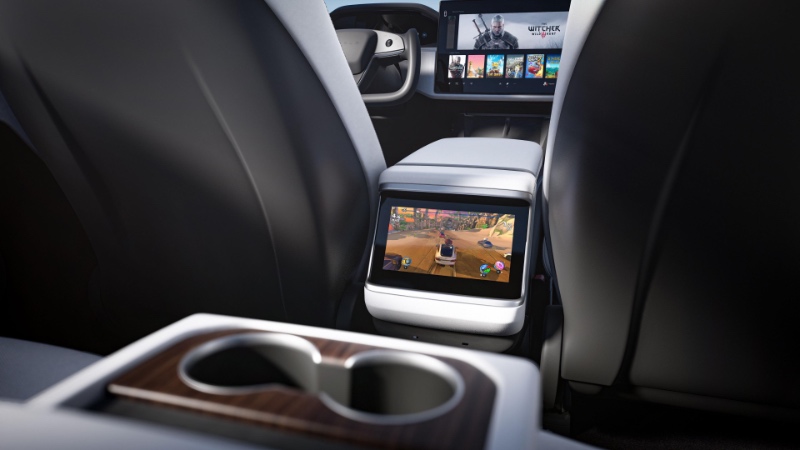 Equally impressive is the Model S Plaid's infotainment system. It has a horizontal touchscreen that's a massive 17-inches large, with a smaller separate screen in the center console for rear passengers.

The entire system is powered by AMD featuring a Ryzen processor and discrete RDNA 2 GPU that provides a total compute power of 10 teraflops – that's not far off from the PS5's 10.28 teraflops.

Elon Musk said during the car's unveiling that this is "literally at the level of a PlayStation 5" and that the Model S Plaid can in fact run Cyberpunk 2077 – though why anyone would want to play that broken game in anyone's guess.

Prices of the Tesla Model S Plaid will start at US$130,000 (~S$172,000) and Tesla says 25 lucky customers have already received thier orders. No word yet on local availability and pricing.

Join HWZ's Telegram channel here and catch all the latest tech news!
Our articles may contain affiliate links. If you buy through these links, we may earn a small commission.
Previous Story
Realme launches the C25s, a S$229 Android phone with 6,000mAh battery and three "AI" cameras
Next Story
E3 2021: The reveal trailer for Forza Horizon 5 is staggeringly photorealistic