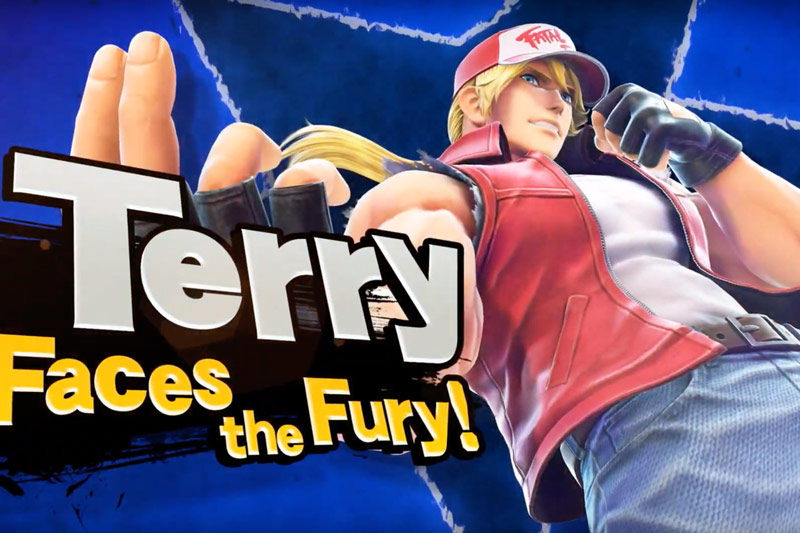 September’s Nintendo Direct brought us a ton of surprises, one of them being that Terry Bogard is coming to Super Smash Bros Ultimate! This classic character comes from the Fatal Fury series of fighting games, and will enter the Super Smash Bros roster in November.

This might not be as massive or shocking an announcement as Banjo Kazooie and Joker from Persona 5, but it’s still a neat surprise for fans of classic SNK fighting games! After all, game director Masahiro Sakurai himself was inspired by King of Fighters 95 back in the day to create Super Smash Bros in the first place. It only makes sense that he’d want a King of Fighters character in the game.

For those disappointed that their dream fighter isn’t making it to the game as DLC, never fear! Nintendo also confirmed that more characters are being developed for Super Smash Bros Ultimate as DLC characters (there’s still a chance for Waluigi!).

Also, while we’re talking about DLC characters, Banjo Kazooie’s DLC release date for the game has been revealed: today! You can boot up that Switch and start whacking Link with Kazooie today.

My personal hope for a future DLC character? Doomguy!