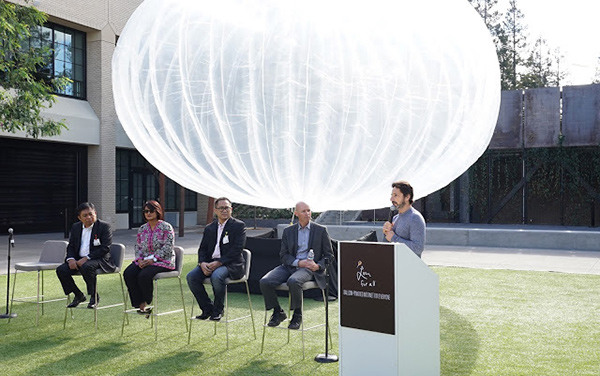 Alphabet, Google’s new holding company, has partnered with three Indonesian telcos to deliver Internet access to the millions of Indonesians who go without the Internet every day.

Indonesia’s population of approximately 250 million is scattered across an archipelago of over 17,000 islands, where it is difficult to install fiber optic cables or mobile phone towers because of the mountainous and otherwise tricky topography. As a result, only one out of three Indonesians has Internet access, and even then, access is painfully slow.

The new initiative is part of Google’s Project Loon, which has its origins as one of Google X’s “moonshot” projects. Other Google X projects include Google’s self-driving car and also the controversial Google Glass.

To put things simply, Project Loon is really balloon-powered Internet. In order to circumvent the logistical and infrastructural challenges to widespread Internet access for Indonesians, Project Loon will put solar-powered balloons in the sky. These will then serve as floating cell phone towers that beam high-speed LTE Internet connections to millions of Indonesians on the ground.

At an altitude of around 20km, the balloons will deliver Internet access via radio frequency signals to antennae connected to buildings on the ground. Algorithms are used to find the best winds to carry the balloons along their intended course. If one balloon drifts off course, another will move in to take over. Each layer of wind in the stratosphere varies in speed and direction, so an airborne coordinated communications network is possible. 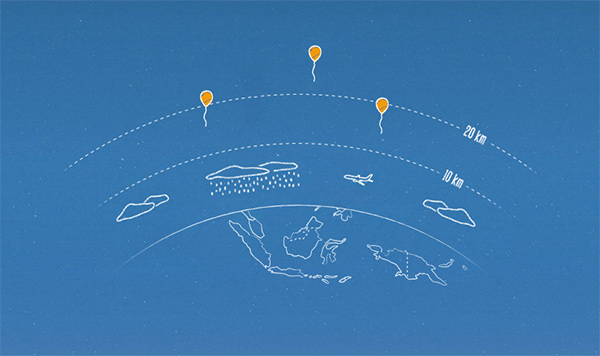 To help achieve its goal, Alphabet is working with Indosat, Telkomsel, and XL Axiata, the first time signals from different telcos will be beamed through the same balloon. The initiative is still in its trial period, and the telcos will use this time to work out pricing and billing.

It’s tempting to view this as a purely altruistic move on Google’s part, but Indonesia is after all the world’s fourth most populous nation, and expanding Internet access for Indonesians would mean more customers for Google’s core search business. Project Loon has already been tested in Brazil, New Zealand and Australia.