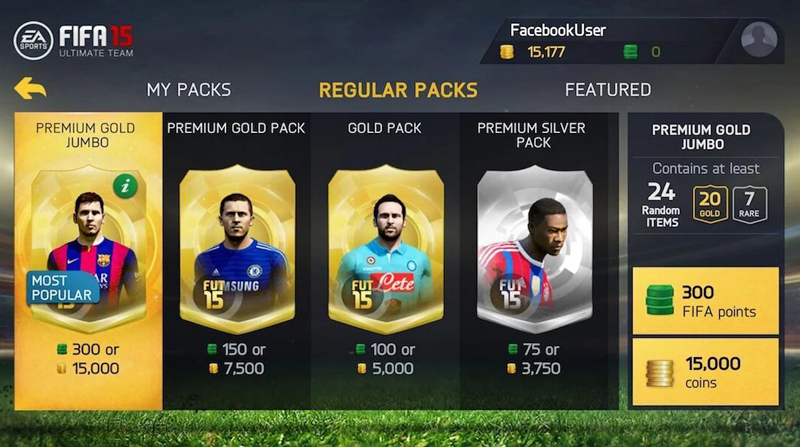 FIFA and loot boxes. Can you name a worse combo?

The BBC 5 Live Investigations Unit recently published a report about a teenager who blew £3000 on loot boxes in a FIFA videogame. The now-21-year-old Jonathan Peniket recounted spending the exorbitant amount of money in his teens.

FIFA's high level of microtransactions allow players to spend their money in exchange for virtual card packs to use in gameplay. They do this in FIFA Ultimate Team, a game mode which lets players organise and create the ultimate football team. According to Eurogamer, the mode brings in, “billions of dollars a year for publisher EA (Electronic Arts).” These card packs can safely be qualified as loot boxes, as players don’t know exactly what they’re paying for until they’re bought and opened.

Unfortunately, these loot boxes became a nightmare for Peniket, who told the BBC:

2017 was the year that changed everything in my life. I was completing my last year of A-levels, with vague plans to go to university. In September my mum was diagnosed with cancer. Everything became about waiting until it would all just be a memory. Waiting until the day that my mum's treatment would be over, when I'd have finished my exams and we could all appreciate normal life again. I searched for any way to cope. The buzz of opening packs offered me an escape.

These payments eventually added up. "I was spending £30 at a time, then £40, then £50. By the time my card began to block my transactions, I was throwing £80 into the game four or five times a night,” he said. When he finally ran out of money entirely, he had spent almost £3000 (around S$5260!) on loot boxes. "Money that my parents and grandparents had worked for, that had been given to me as savings for my future."

Loot boxes in videogames have become an incredibly touchy subject. One could argue that the debate around it peaked with the complete fiasco that was Star Wars Battlefront 2’s awful microtransactions, and EA’s handling of it. The publisher behind both Star Wars Battlefront 2 and the FIFA series doesn’t appear to be regretful of such controversies however, referring to their loot boxes as ‘surprise mechanics’ just last year.

Even Peniket is willing to call it what it is, saying, “I was addicted to the buzz of chance when I bought packs. I agree now with what my Dad said that so angered me back in 2012: video game packs and loot boxes are a form of gambling.”

At the very least, can’t we just keep loot boxes to cosmetic-only items? Pumping them full of items important to gameplay simply encourages an icky ‘pay-to-win’ gameplay loop. One simply has to look at FIFA Ultimate Team to see how that level of monetisation impacts players.

Join HWZ's Telegram channel here and catch all the latest tech news!
Our articles may contain affiliate links. If you buy through these links, we may earn a small commission.
Previous Story
Google accidentally uploaded an official render of the Pixel 4a
Next Story
Ubisoft is gifting players Watch Dogs 2 even if they didn't catch the Ubisoft Forward livestream