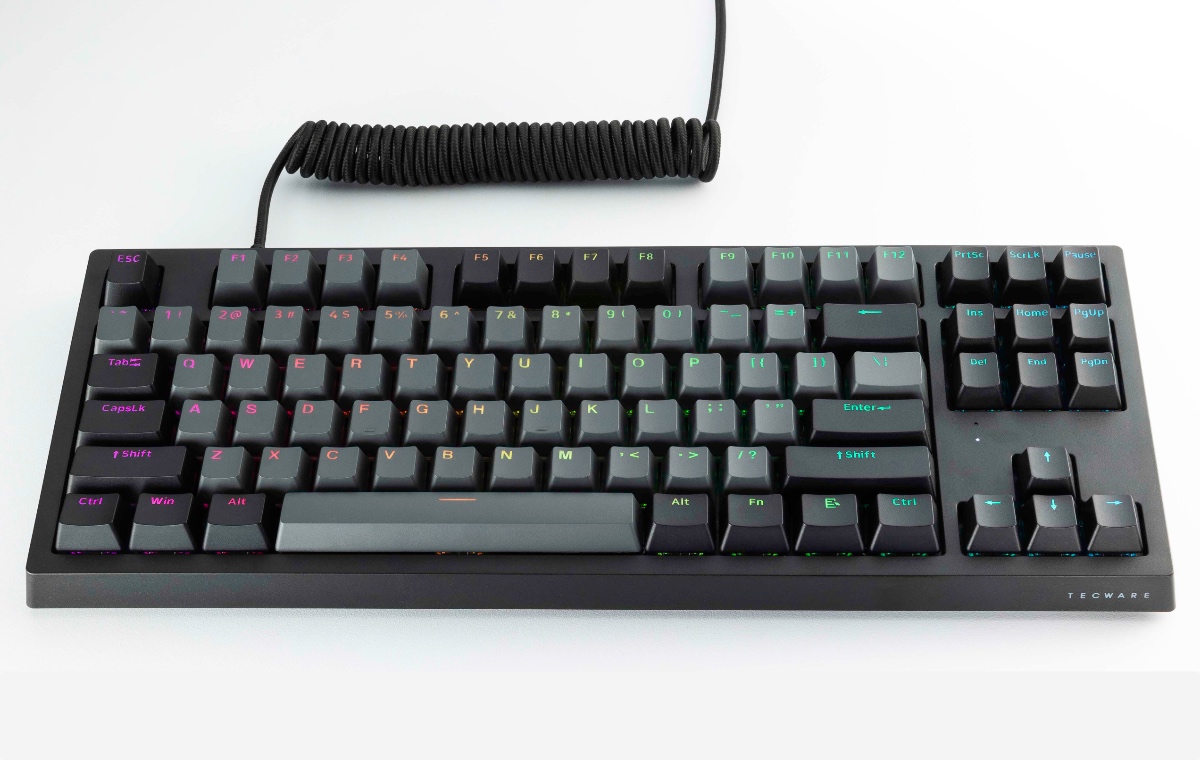 What is a thock?

Most, if not all keyboard enthusiasts are all chasing after the "thock" sound. It's hard to put into words but it's best described as a deep, low-pitched, and rounded sound that comes from typing on the keyboard.

If you are still scratching your head, here's a video to show you what I mean.

It can be a pleasant sound to hear as you type, but getting it often requires a lot of work. Usually, it means adding dampening materials to the keyboard chassis, clipping and lubing the stabilisers, lubing the switches, or using specific plates and keycaps.

You can do this on your own but it's extremely time-consuming. Imagine having to take apart and lube all the switches on a typical TKL keyboard – that's 87 of them.

The alternative is to pay someone to do it for you. And as you can imagine, being such a labour-intensive task, it's not going to come cheap. Such keyboards, made by boutique keyboard companies or freelance builders, can easily cost hundreds of dollars depending on your choice of components and materials.

Fortunately, Tecware is here to change that with their new Phantom+ and Phantom+ Elite keyboards.

What's unique about these keyboards is that they come from the factory with numerous modifications to help achieve that magical thock sound.

To begin, both keyboards feature clipped and lubed stabilisers, carbon steel plates, and are filled with sound-dampening foams and fillers to eradicate high-pitched clacky noises. 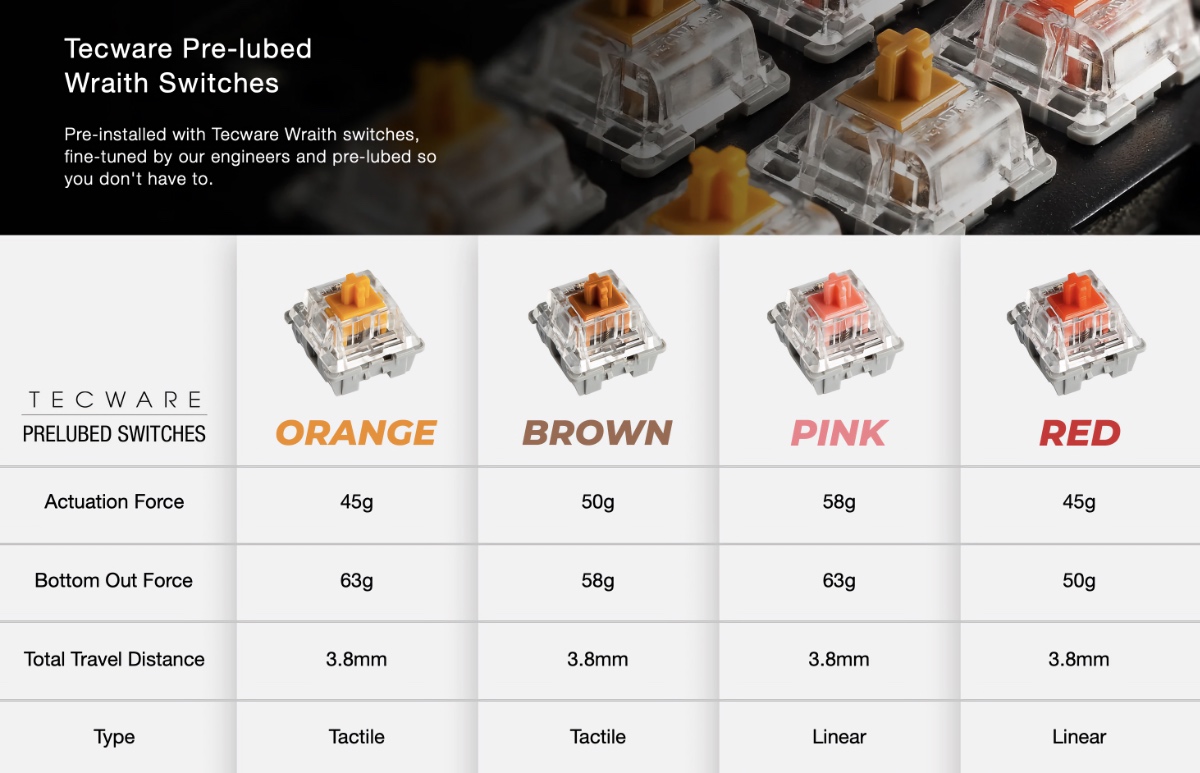 They also come with Tecware's pre-lubed Wraith switches. There are four variants to choose from: Orange, Brown, Pink and Red. Orange and Brown are tactile switches while Pink and Red are linear switches. Their actuation and bottom forces vary slightly as you can see in the table below.

What about differences? Now the Elite keyboards can be used both wirelessly and in wired mode while the non-Elite versions are pure wired keyboards. The Elite keyboards support both Bluetooth and 2.4GHz connectivity via a supplied USB dongle.

The battery capacity of the Elite keyboards is said to be 2,500mAh which is good for up to 250 hours of operation. Obviously, that number goes down if you turn up the brightness of its RGB lighting. Yes, lighting fans, both keyboards have RGB lighting and come with 18 built-in lighting effects. 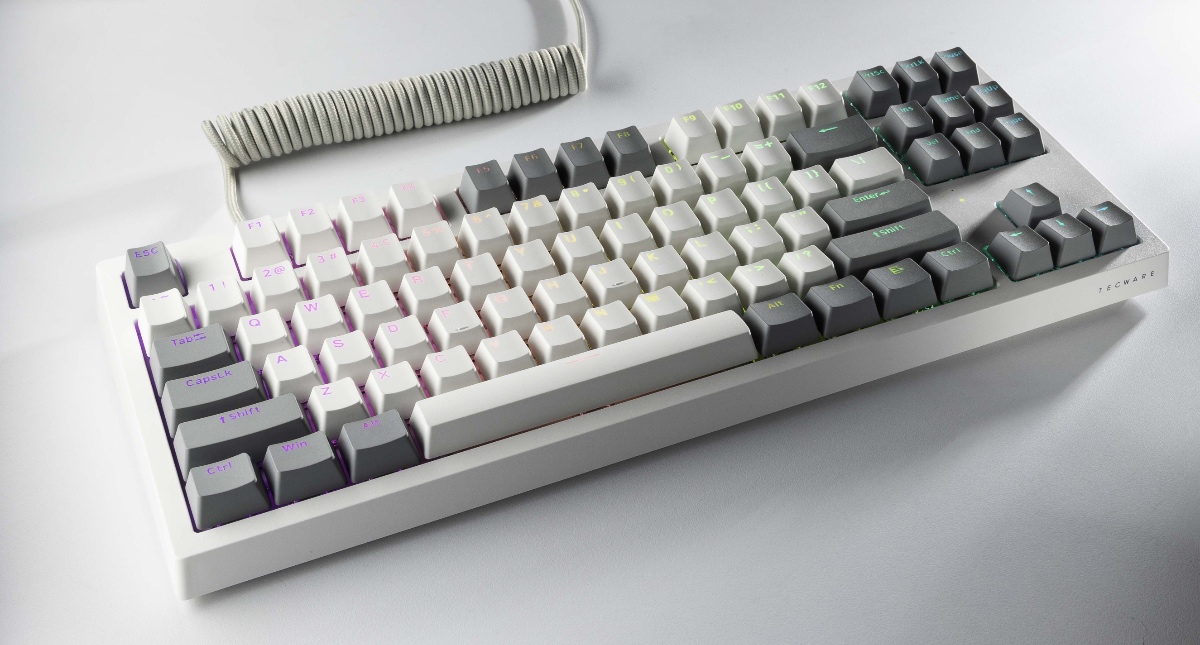 I'm honestly impressed with how these keyboards feel and sound. Being a fan of tactile switches, I asked to try keyboards that came with the Orange and Brown switches, and they feel miles better than your standard Cherry MX Browns. There's more evenness to the action and the actuation feels more rounded and consistent.

They sound properly "thocky" too. The clipping and lubing of the stabilisers helped and Tecware's lubed Wraith switches don't sound half bad too. The dampening materials in the chassis also seemed to have helped reduce most of the unwanted clacky and scratchy type sounds.

I tried both Elite and non-Elite keyboards and the Elite keyboards with their PBT keycaps sounded very slightly more thocky since they emit a lower-pitched sound. They also feel more textured.

Overall, I'm impressed with how these keyboards feel and sound, especially when you consider their prices. My only gripe is that, as a Mac user, I wished these come with additional Mac keycaps to replace the Windows, Ctrl, and Alt keys.

The Tecware Phantom+ is priced at S$69 for the TKL version and S$79 for the full-size version.

You can find them on Lazada and Shopee from the Tecware Flagship Store.

Join HWZ's Telegram channel here and catch all the latest tech news!
Our articles may contain affiliate links. If you buy through these links, we may earn a small commission.
Previous Story
Alienware revamps its sci-fi inspired gaming laptops with new m16 and m18 models
Next Story
Lenovo's new Yoga Book 9i looks like the most thoughtful dual-screen notebook yet