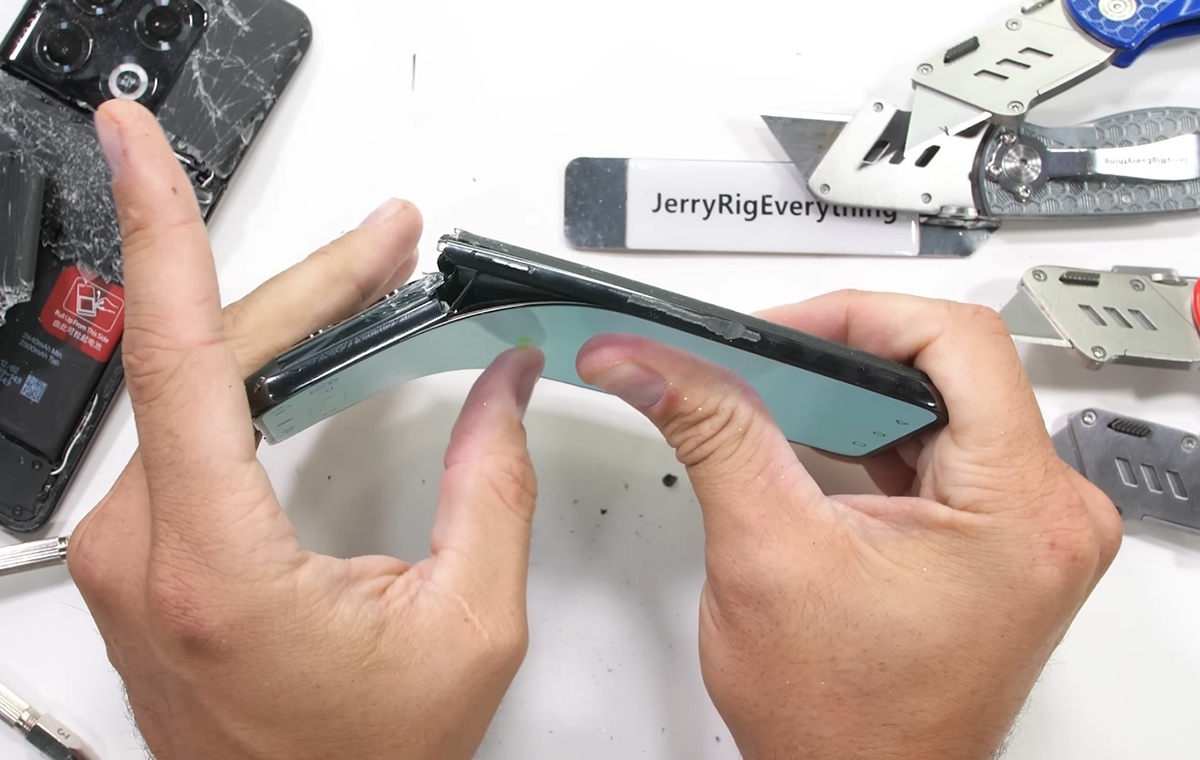 There are days when phone reviews don’t go so well, and the hiccups would inspire one to break the thing in half by hand. Unfortunately, that sort of release isn’t an option for the HWZ team.

Fortunately, we have other people taking such risks. One such person is Zack Nelson, better known as the voice and hands behind JerryRigEverything on YouTube. The channel regularly features phone teardown clips and durability tests, which are sometimes drastic or extreme in nature.

In JerryRigEverything’s OnePlus 10T teardown, the YouTuber’s durability test saw him taking the phone by hand and snapping it cleanly in half. For your convenience, we’ve included that glorious moment (time-stamped) below:

The same durability test was conducted on every phone that comes through the JerryRigEverything’s door, and the other recent handset that did not survive the same test was the OnePlus 10 Pro (which we’ve also highlighted in our review). Unfortunately, it looks like a modern OnePlus phone cannot survive a trip to the back pocket in your pants, which are signs of a bigger problem plaguing the newly merged brand.

We think that a high-quality phone casing should help mitigate such damage, but it does make us miss the days when phones were built sturdily, like the Nokia 3310 of yesteryear.

Join HWZ's Telegram channel here and catch all the latest tech news!
Our articles may contain affiliate links. If you buy through these links, we may earn a small commission.
Previous Story
Riot Games is bringing Tiffany and Co. on board to design this year's Summoner's Cup
Next Story
Android 13 reportedly causing wireless charging issues for Google Pixel phones