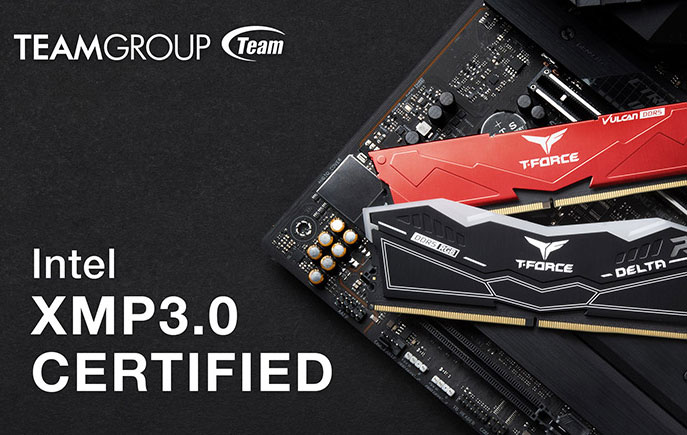 As DDR5 memory becomes more prevalent, so is the capability to overclock it. To that end, TeamGroup has announced that a number of its DDR5 gaming memory modules are now Intel XMP (Extreme Memory Profile) 3.0-certified.

Specifically, this refers to TeamGroup’s T-Force DDR5 memory sticks, after having passed a gamut of tests on motherboards from manufacturers including, ASRock, ASUS and Gigabyte along with Intel 12th Gen Core processors.

We’ve covered Intel XMP 3.0 and its significance when it comes to memory overclocking earlier last year, but in a nutshell, Intel XMP simplifies overclocking by applying a pre-tested factory profile on your RAM, with Intel XMP 3.0 offering more profiles and optimisation for DDR5 memory. Essentially, it allows you to overclock memory with just a few clicks and try different overclocking levels easily.

To help out with cooling performance, TeamGroup says that it’s included a proprietary thermal module on its DDR5 sticks to ensure temps remain stable while overclocking. TeamGroup also says that its T-Force DDR5 brand has the greatest specification variety out of XMP 3.0-certified memory, with tested frequencies including 4,800MHz, 5,200MHz, 6,000MHz, 6,200MHz and 6,400MHz.

It should be noted that it isn’t the first to adopt this new Intel XMP standard. If you’re looking to include new high-end memory in your builds, you can take a look at these memory brands that also support Intel XMP 3.0 (Note: all of these are DDR5 kits, and is not an exhaustive list):

Join HWZ's Telegram channel here and catch all the latest tech news!
Our articles may contain affiliate links. If you buy through these links, we may earn a small commission.
Previous Story
The wait is almost over, Intel says its first Arc discrete GPUs will ship this year
Next Story
Apple iPhone 14 Pro said to have 8GB RAM