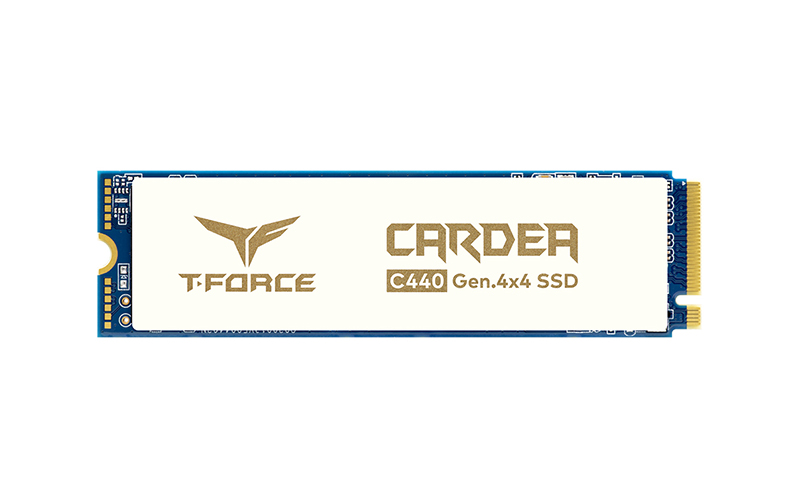 TeamGroup has announced its new T-Force Cardea Ceramic C440 M.2 PCIe SSD, which utilises the latest PCIe 4.0 interface. This looks to be the first M.2 drive to make use of ceramic composite cooling materials to improve heat dissipation, and the snow-white colour certainly helps the drive stand out.

According to the company, ceramic can reduce heat by up to 18 per cent when the case is equipped with a fan. It is also lightweight and thin, featuring very high temperature resistance. The ceramic heat spreader is also adorned with T-Force's logo in gold, serving up an ornate style that you don't often see on PC hardware. This drive is clearly intended to be paired with a white motherboard and case, although it'll probably end up being covered by the heatsink that many motherboards ship with these days.

Separately, TeamGroup is also claiming sequential read and write speeds of up to 5,000MB/s and 4,400MB/s respectively and is backward compatible with PCIe 3.0. The drive uses 3D NAND and is available in configurations of up to 2TB.

Join HWZ's Telegram channel here and catch all the latest tech news!
Our articles may contain affiliate links. If you buy through these links, we may earn a small commission.
Previous Story
HyperX teams up with Champion on a limited edition line of reflective clothing
Next Story
Apple sends surveys to iPhone owners on usage of USB charger