Note: This article was first published on 30th November 2021 and is now updated with recommended price and availability information. 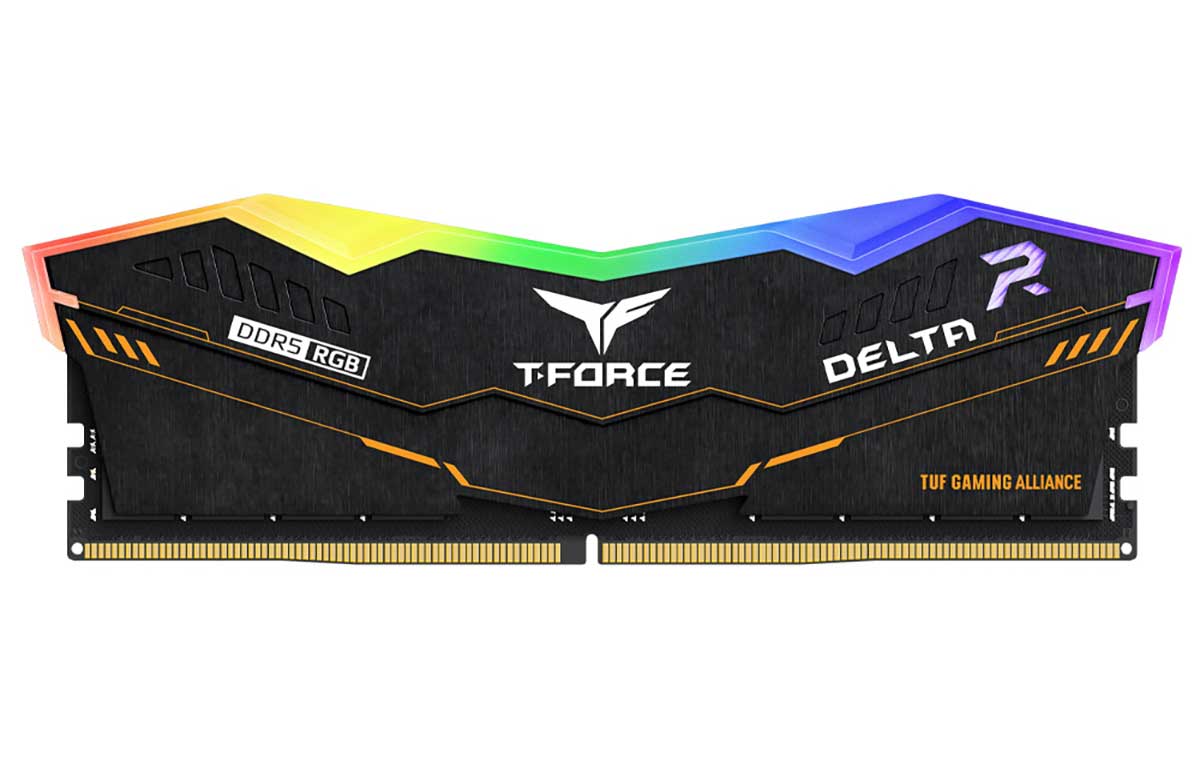 As part of a collaboration, T-Force, the gaming sub-brand of TeamGroup is teaming up with ASUS TUF to create what they tout as the industry's first co-branded DDR5 memory, the Delta TUF Gaming Alliance RGB DDR5 Gaming Memory. This collaboration stems from ASUS TUF's Gaming Alliance, a series of partnerships between TUF and other PC part manufacturers to co-create PC parts of higher quality, the likes of which include Corsair, Cooler Master and Adata.

The new Delta TUF retains the iconic contour of the Delta series of memory sticks, along with the top RGB strip. One of the TUF influences you can spot is the new stealth fighter-like aesthetics on the Delta TUF, which matches TUF's military theme.

Another one of TUF's influences in the aesthetics department is support for ASUS's Aura RGB software to synchronise your lighting setup. Though I can personally live without the RGB, I can understand why the pretty lights ignite an almost childlike (or even prehistoric caveman-like) wonder. And with a look as ostentatious as this, with its sharp angles and camouflage pattern on the heat spreader, it makes sense to fully lean in to the RGB craze, especially with the rest of the Delta TUF's edgy, no-holds-barred look.

Along with the showy appearance, the Delta TUF also spares no expense in making itself a first-rate product in practicality too, clocking in at a fast 6000MHz. With a speed like that, it would pair nicely with the new Intel Core i9-12900K, which, as we noted in our review, marks a return to form for Intel in the CPU space. The lineup for the Delta TUF is pretty simple for now as well, with only a 2x16GB dual-channel memory kit.

The T-Force Delta TUF Gaming Alliance RGB memory module will first be available for speeds rated for DDR5-5200MHz and the 2x16GB kit will go for a recommended retail price of US$429.99. You can expect it to be available from late January 2022. No word yet on local pricing, but for those who are interested and have Amazon Prime, shipping it from The States shouldn't be an issue.

Join HWZ's Telegram channel here and catch all the latest tech news!
Our articles may contain affiliate links. If you buy through these links, we may earn a small commission.
Previous Story
TP-Link's new Archer AXE200 Omni router has antennas that move themselves to maximise coverage
Next Story
Apple's mixed reality headset may use the same charger as the MacBook Pro