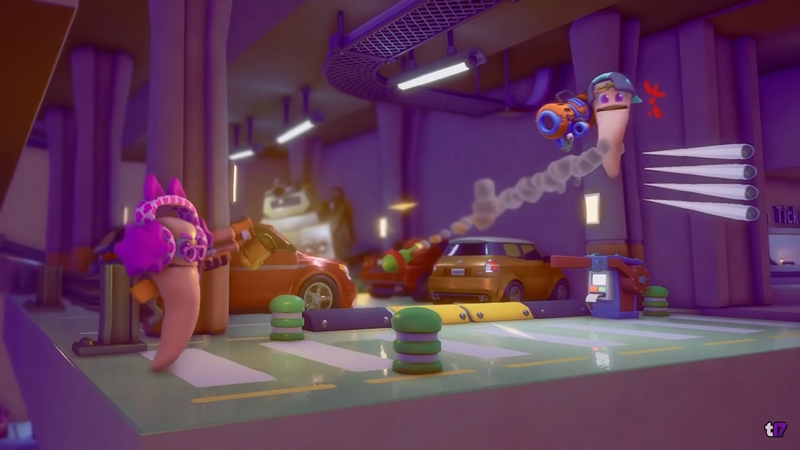 As a kid, I fondly remember going head to head against my friends in Worms on my old Nokia phone, tossing Holy Hand Grenades, and firing moose heads from my shoulder. Of course, it's been many years since then, and I've fallen way out of the loop.

But it seems I might be able to get into it again, with developer Team17 Digital announcing an all-new Worms title for PC, PS5, and PS4. Titled Worms Rumble, the game plays out quite differently from the conventional turn-based titles we've come to expect with the franchise. Instead, combat will take place in real-time, and there's even a Battle Royale mode to boot. If you'd like to give it a go, you can head on over to this website and sign up for the closed beta. It'll take place from July 15 at 4 am PT all the way till July 20 at 12 am PT.

Naturally, as you might expect from a current-gen game, there's also cross-play for up to 32 players, so be prepared for an absolutely glorious mishmash of ridiculous-sounding weapons going off all at once. Popular weapons that have been confirmed to return include the Bazooka, Hand Cannon, Baseball Bat, Assault Rifle, Shotgun and the ever-so-iconic Holy Hand Grenade.

Unfortunately, Team17 hasn't yet mentioned if the game will ever get an Xbox One or Nintendo Switch, so chances are fans will need one of the above mentioned platforms (PC, PS4 or PS5) to enjoy Worms Rumble. Don't let that stop you from being excited though - we know we are!