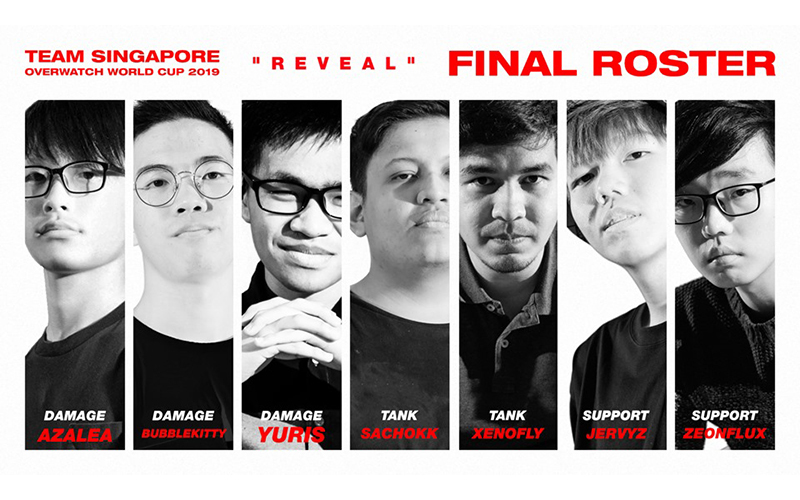 Team Singapore has launched a crowdfunding page on GoGetFunding to finance their travel to the Overwatch World Cup later this year. The team is looking to raise a total of S$30,000 to fund their 8-day stay in Anaheim, Los Angeles in the run-up to BlizzCon 2019, which takes place on 1 and 2 November.

The money raised will cover things like flight tickets, accommodation, transport, and food for Team Singapore, which comprises a total of 10 members. As per Blizzard's guidelines, this includes six players, one substitute, and three committee members. Here's a snapshot of the cost breakdown posted on the campaign page: 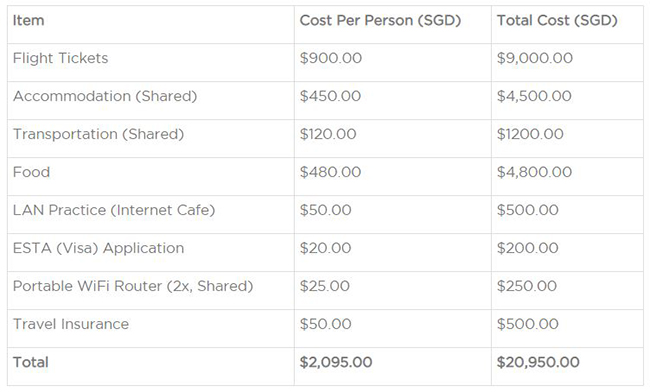 While the total costs look like they amount to just over S$20,000, the team set the S$30,000 goal to provide some buffer for the production costs of additional backer rewards. This includes things like signed posters, photo prints, apparel, and one-on-one coaching sessions with a player or committee member of your choice.

Blizzard is only providing support for airfare, transport, and rooms to the top 10 seeds in the Overwatch World Cup, which is why the Singapore team needs to be responsible for its own travel to BlizzCon. The national rankings were determined by a weighted point-ranking system based on final placements in the three previous Overwatch World Cups, so it's no surprise that South Korea sits at the top, followed by Canada, China, France, and the US.

The team previously made headlines because of Figo "Azalea" Chua's successful deferment of his National Service commitments. While MINDEF eventually clarified that the official reason was to allow Azalea to enrol for a Nitec course, the player was reportedly told by a Central Manpower Base (CMPB) officer that the Overwatch World Cup was also a factor in him being granted the deferment.

If the campaign fails to reach its funding goal, the team will refund all donations and cancel the planned rewards.

There has generally been a lot of scepticism around the ability of local talent to succeed in the international arena. Opportunities like the Overwatch World Cup are key to changing that perception, and it'll be a huge credit to the local gaming community if it does come together to successfully fund the campaign.

You can check out their crowdfunding page right here.

Join HWZ's Telegram channel here and catch all the latest tech news!
Our articles may contain affiliate links. If you buy through these links, we may earn a small commission.
Previous Story
Acer's super-light Swift 5 now features Intel's 10th generation CPU and optional discrete graphics
Next Story
Lenovo wants to turn its tablets into smart displays for your smart home integration