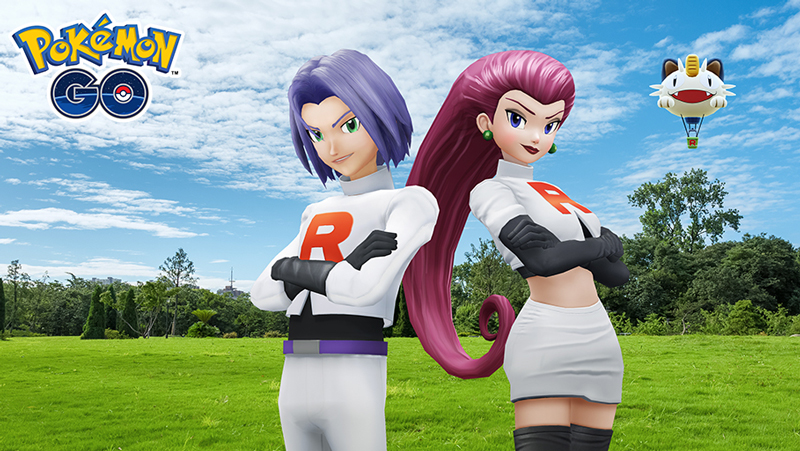 It looks like Pokémon Go players are facing a sizable Team Rocket invasion at the moment. Not only are the Pokémon-snatchers taking to the skies in hot air balloons, but they’re now roping in the iconic villainous duo of Jessie and James to join the fray!

In a news release, Niantic explains their sudden appearance:

The Grunts piloting the balloons are just as perplexed as we are as to where these characters came from. From what we understand, Team GO Rocket has assigned Shadow Pokémon to protect Jessie and James as they seek to create more Shadow Pokémon.

If you want to battle them in-game, you’ll have to wait until a Meowth-themed hot air balloon flies past in the sky. Tap on it, and you’ll engage in a battle with Jessie and James. If the anime is anything to go by, it’ll be a cakewalk! You might want to hide your Pikachus, though.

On the cosmetic side of things, players will also find new items to spruce up their in-game avatars in the shop, themed after Jessie and James. The news release warns that the duo won’t stick around for long, so go find them before they disappear!