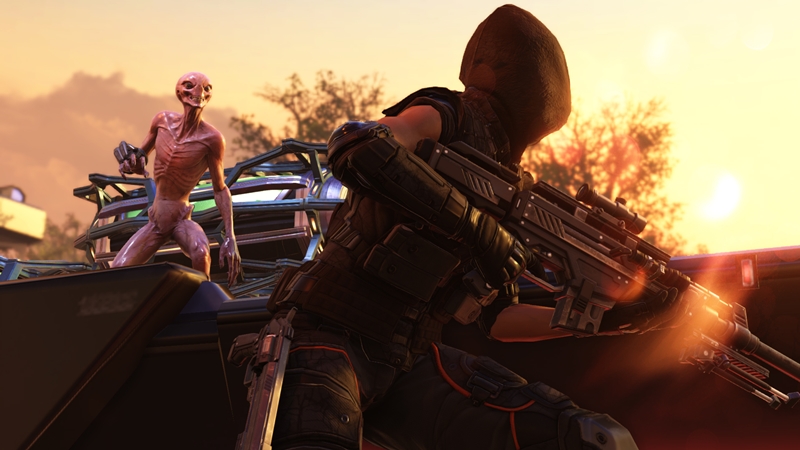 Earlier this year, just before E3, Take-Two dealt the Borderlands and Marvel communities a pretty spicy hand of cards by hyping them up for two upcoming games (one for each community) that were supposedly already in the works. So far, we've only gotten solid confirmation on the first game - a fantasy RPG title that we now know as Tiny Tina's Wonderlands.

As for the other, the community has largely remained in the dark thus far, and the only thing that Take-Two spilled back then was that it would be a turn-based game featuring Marvel superheroes, with Firaxis taking charge of development. However, their (Take-Two's) recent quarterly earnings call supposedly provides us with some interesting tidbits - one of them is that 2K Games will be unveiling a "new franchise" sometime this month, and assuming our guesses are correct, it could very well be this turn-based Marvel title that's eluded the community for the past one to two months.

Of course, given Firaxis' track record, there's also a high chance that this upcoming title will follow the XCOM 2 concept, albeit with characters like Wolverine, Iron Man, and other Marvel characters instead of aliens and soldiers. We're hardly the first to mention it - VentureBeat (thanks!) has previously discussed, and even potentially confirmed this possibility back in June, saying that Firaxis intends to "weave some Avengers flavour" into their existing XCOM foundations.

Regardless of whether this new title turns out to be a "Marvel-ised" XCOM or not, one can only hope that at the very least, it turns out better than that other Marvel title - you know the one. Accordingly, all that's left right now is to twiddle our thumbs and wait for this supposed reveal announcement, all the while praying that it doesn't end up getting delayed as many other titles have been.

Join HWZ's Telegram channel here and catch all the latest tech news!
Our articles may contain affiliate links. If you buy through these links, we may earn a small commission.
Previous Story
Disney+ is getting a spooky Lego Star Wars Halloween special in October
Next Story
Oppo readies its next-generation under-display camera for phones