Taiko no Tatsujin: Rhythm Festival releases for the Nintendo Switch on 22 Sep

Taiko no Tatsujin: Rhythm Festival releases for the Nintendo Switch on 22 Sep 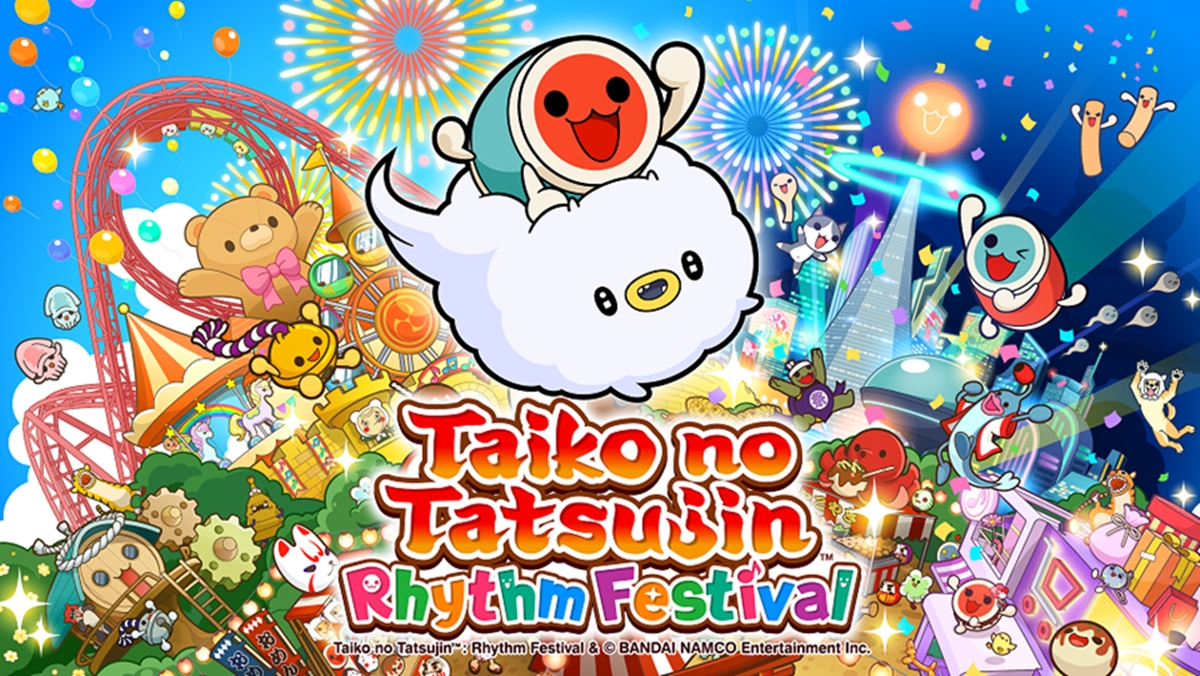 Earlier today, Bandai Namco Entertainment confirmed that the latest instalment for their hugely popular music series, Taiko no Tatsujin: Rhythm Festival will arrive for the Nintendo Switch on 22 Sep. Packed with new friends, new drums, and of course new songs, it's time to tie up those headbands and get back into the drumming groove once again.

Rhythm Festival is set in the all-new Omiko City, where you and your partner DON-Chan will be hosted by Kumo-kyun, your adorable cloud-like buddy that can imbue your drum beats with his signature Thunder Power. Bandai Namco has noted that the roster is much more loaded than the previous Taiko no Tatsujin game with over 76 new songs including popular anime hits like Gurenge and Guren no Yumiya, pop tunes like Yoru ni Kakeru and even iconic Western themes like He's a Pirate.

You'll be able to take on these songs and more on your road to becoming a full-fledged Taiko Master, and the game's various modes, both classic and new are summed up in this handy trailer the developers rolled out to accompany the announcement.

Apart from Kumo-kyun and Omiko City, Rhythm Festival also introduces the all-new Taiko Music Pass, a subscription service that unlocks up to 500 additional songs for players to enjoy. This includes a wide variety of anime themes, Vocaloid songs, and even classical compositions that you won't find in the base game, making it a must-have for any Taiko no Tatsujin fan worth his drumsticks. Additionally, new songs will be added to the lineup each month along with a new Kumi Drum and special clothes for DON-Chan, not to mention that the initial seven days will be free for first-timers. 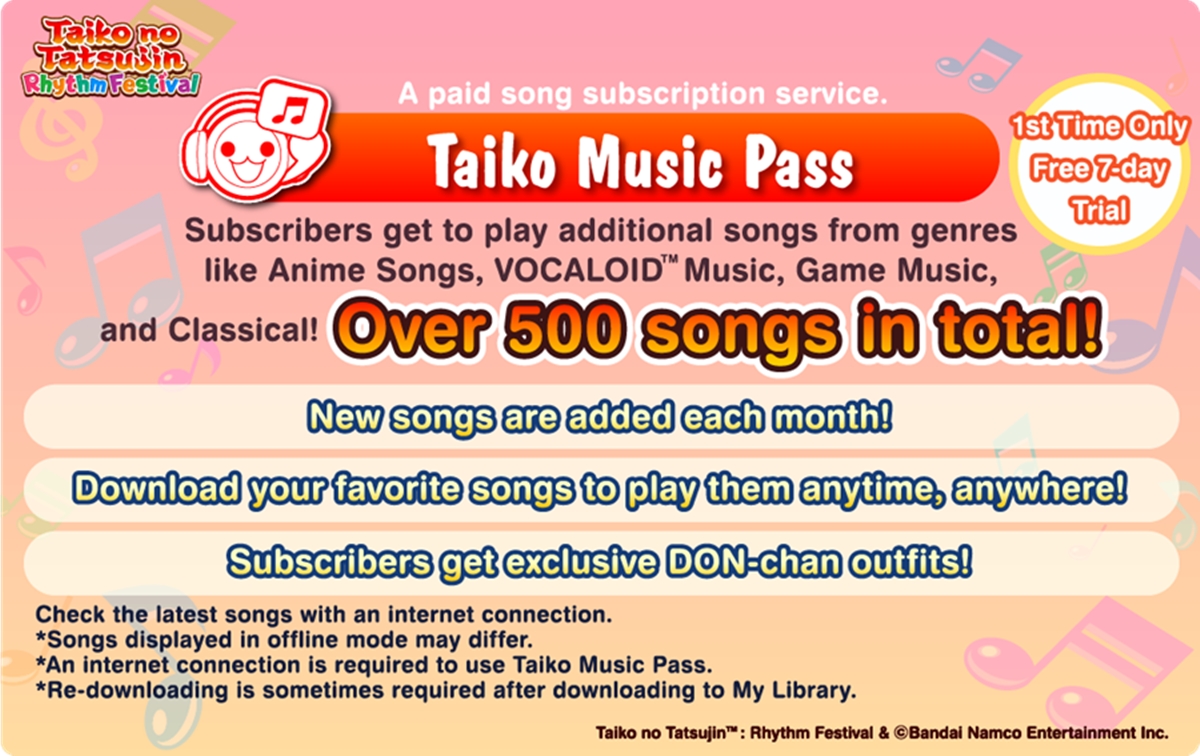 On top of that, if you already own the previous instalment, Drum 'n' Fun, you'll be able to link up the two games as well. This allows you to bring over songs like Gold Armor and Welcome to the Taiko Stadium, and provides other freebies for use in Rhythm Festival, such as Gold DON-Chan clothes and a special nameplate, as displayed below. 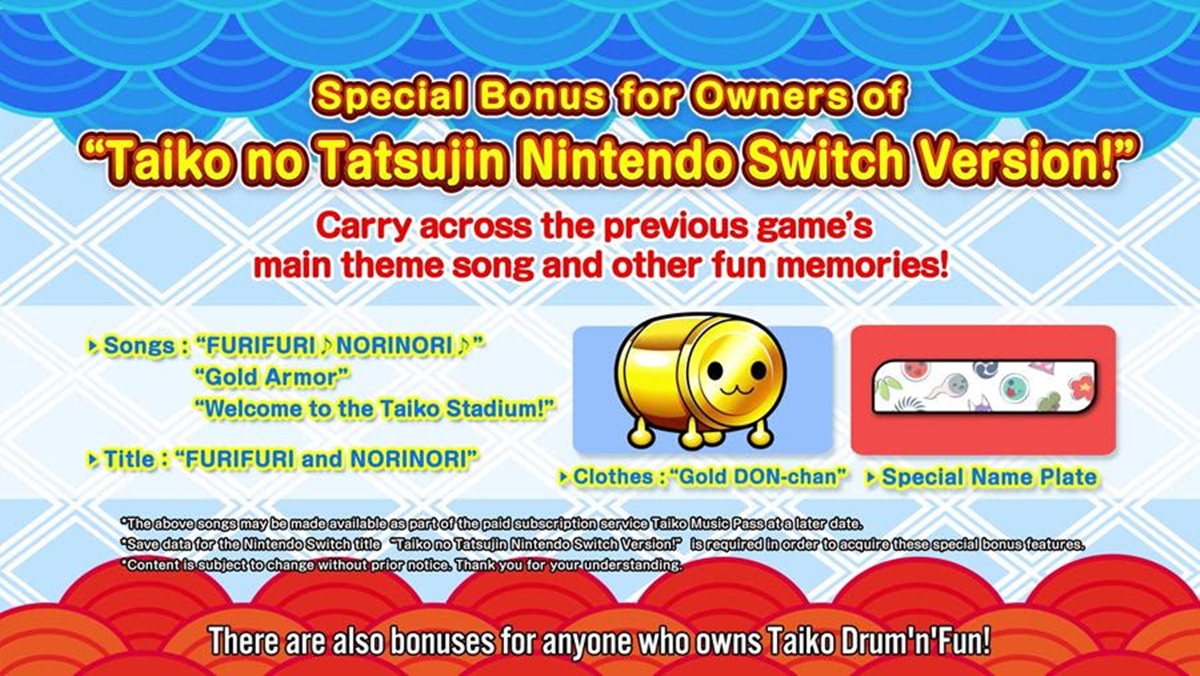 For more information on Taiko no Tatsujin: Rhythm Festival, drum on over to the official site.

Join HWZ's Telegram channel here and catch all the latest tech news!
Our articles may contain affiliate links. If you buy through these links, we may earn a small commission.
Previous Story
Poco brings F4 and X4 GT phones to Singapore
Next Story
MediaTek launches its Dimensity 9000+ chipset for flagship-tier Android phones