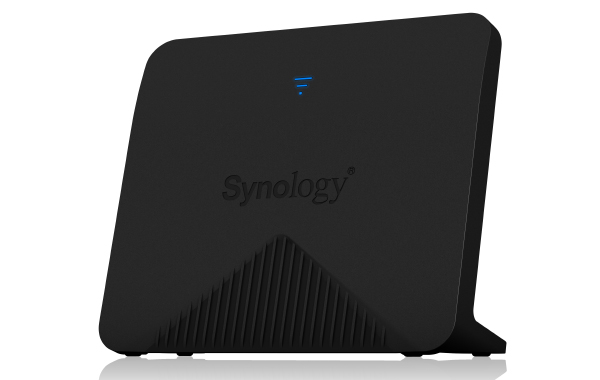 Let's get the basics out of the way first. This is a tri-band system so it can dedicate one of its networks to backhaul transmissions. Maximum throughputs are 400Mbps on the 2.4GHz and 867Mbps each on its two 5GHz networks. As for ports, it only comes with a single Gigabit WAN and LAN port.

Like most mesh networking systems, the MR2200ac was designed to be easy to set up. Users can download the free DS router mobile app (iOS and Android) or use their web browsers to set up the MR2200ac.

Apart from the usual scheduling of Wi-Fi availability to various devices, the MR2200ac can also generate reports of Wi-Fi usage, allowing parents to keep track of their children's online activities. The MR2200ac also comes with built-in filters that parents can use to restrict their children's access to questionable sites.

On the security front, the MR2200ac is one of the first routers to be certified by the WPA3 and so features new WPA3 security options.

The Synology MR2200ac is available now and is sold individually. Each node is priced at S$199.