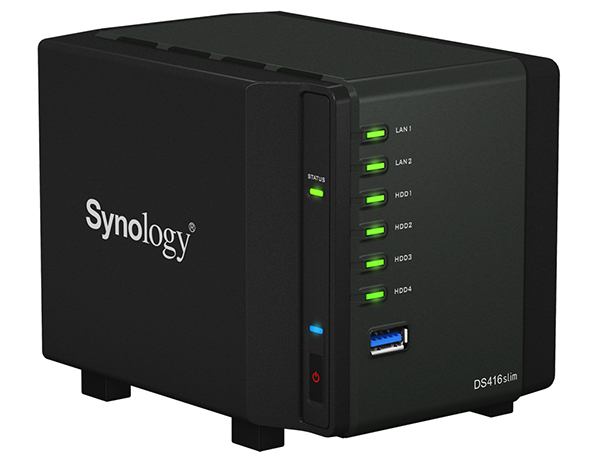 Synology has bolstered its NAS lineup with the DiskStation DS416slim, a 4-bay mini-NAS server targeted at home users and professionals seeking a compact, portable, and power-efficient solution.

Measuring just 120 x 105 x 142mm and weighing a mere 0.66kg, the DS416slim doesn’t require a lot of space – it should fit on cramped office desks with little trouble – and can be easily transported around. This also means that it can function as a local file and backup server during off-site assignments. It can host up to four 2.5-inch hard drives for a total of 8TB of storage space.

The DS416slim is equipped with a dual-core 1.0GHz Marvell Armada 385 88F6820 32-bit CPU, 512MB of DDR3 RAM, and hot-swappable drives. Given that this mini-NAS is designed to be taken around, Synology has ensured that the system is easy to maintain and clean. For instance, other than the easily removable drives, the 60mm fan module is situated at the bottom of the unit and can be removed in the event of a malfunction. 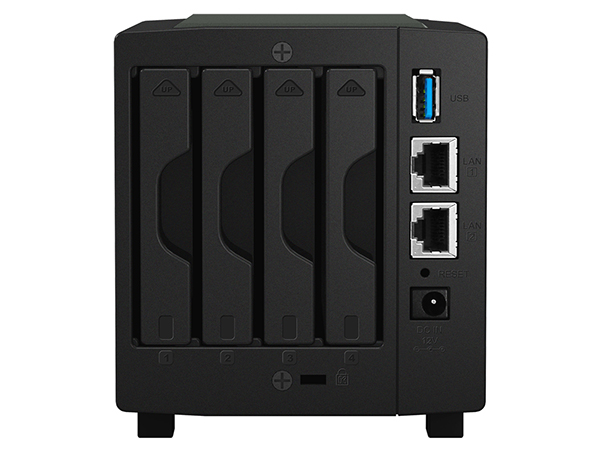 In addition, it features two USB 3.0 ports, one of which is located on the front panel for easy access.

Finally, the DS416slim will run DiskStation Manager (DSM) 6.0, the latest version of Synology’s NAS operating system that was just released last week. DSM 6.0 is a complete overhaul of Synology’s DSM OS, and offers a new and more intuitive user interface and a suite of virtualization, data replication, and productivity tools.

It is free to download for all users who own a DiskStation, RackStation or Embedded DataStation 11-series model (indicated by the last two digits of the model number) or later. For more in-depth details about new features on DSM 6.0, you can refer to our coverage of Synology’s 2016 Conference.

The DiskStation DS416slim will retail locally for around S$443.

Previous Story
The Thermaltake Poseidon Z Touch has a touch-sensitive spacebar for macros and gestures
Next Story
Interactive Live Tiles for Windows 10 and universal apps for Xbox One coming soon?