Synology launches the DS223, a new 2-bay NAS as a replacement for the DS218

Synology launches the DS223, a new 2-bay NAS as a replacement for the DS218 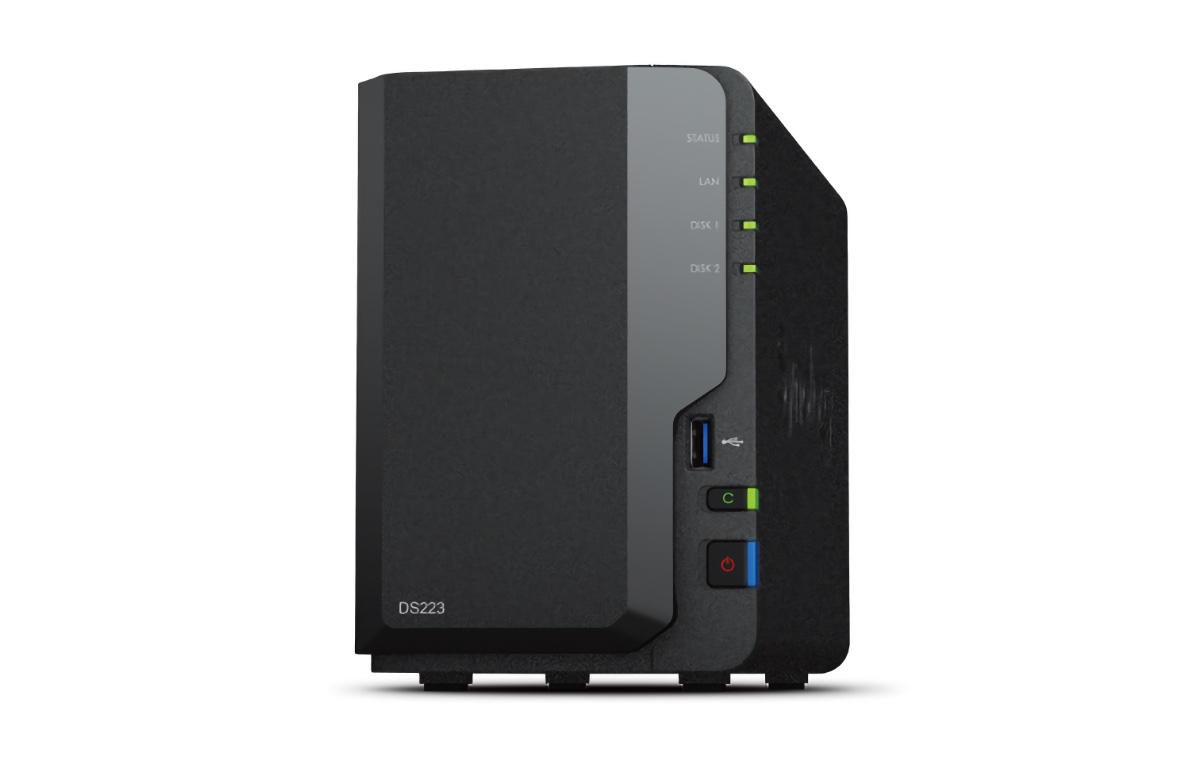 Synology has announced the availability of the two-bay DiskStation DS223, the latest addition to its lineup of NAS devices dedicated to home and SOHO use.

Meant to be a direct replacement for the capable DS218 that was launched in 2017, the DS223 comes powered by a much newer Realtek RTD1619B processor, 2GB of RAM, and is compatible with two 3.5-inch SATA HDD or 2.5-inch SATA SSD drives with a total storage capacity of up to 36TB. You don't get NVMe SSD support on this series.

The star of the show is the hex-core Realtek RTD1619B processor based on the Arm Cortex A55 core over the quad-core Realtek RTD1296 processor based on the Arm Cortex-A53 found on the DS218, which not only has more cores, a better graphics engine and a lower rated TDP according to this quick specs compare site as information from Realtek is scarce. All this means better processing overhead to offer a snappier usage experience at a lower power draw.

As can be expected, the DS223 also has connectivity options, including an RJ-45 1GbE LAN port and three USB 3.2 Gen 1 ports, which can be used for data transfer, backup, and more. Compared to the DS218, Synology has upgraded the front-facing USB port, which was only USB 2.0 standard.

Synology DiskStation Manager (DSM) operating system comes pre-installed so that home users can leverage it to get control over their data. Find out what else DSM now supports in our earlier news story, which has several new features over older operating systems. The DS223 enables users to consolidate files from various sources on their own private cloud, making their data easily accessible and easy to manage from any device. Included is the option to integrate the DS223 with popular cloud storage services, including Google Drive, Dropbox, and Microsoft OneDrive, enabling users to sync files to and from the cloud, delivering data centralisation and data ownership.

The DS223 is available now through Synology partners and resellers for S$499. Also, look out for it on their official store on Shopee as well as on Lazada.