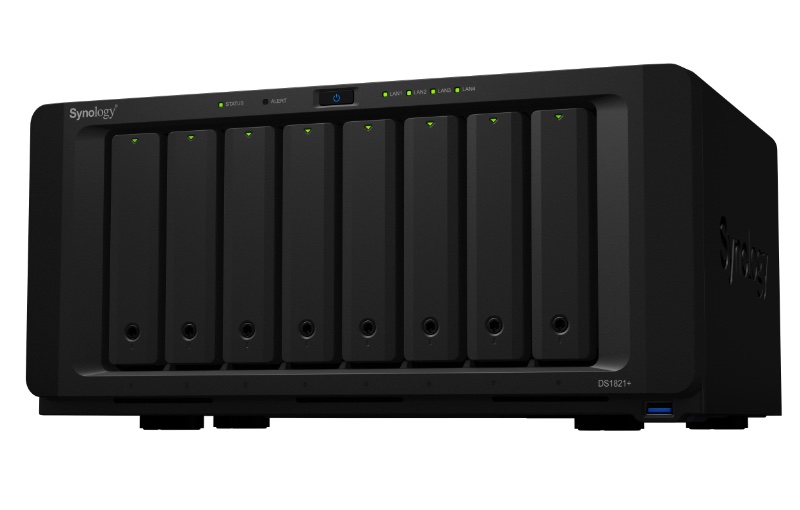 Getting the speeds you need

The second Synology NAS to be powered by a quad-core AMD processor, Synology says that the CPU performance improvement compared to Intel Atom Processor C3538 used previously is more that double, offering significantly faster performance and response times. Specifically, the DS1821+ is powered by the quad-core Ryzen V1500B that runs at 2.2GHz.

While these is no built-in 10GbE onboard, you can improve networking performance by installing an optional PCIe 10 GbE NIC which reaches over 2312.97 MB/s sequential reads, and 1149.89 MB/s sequential writes. 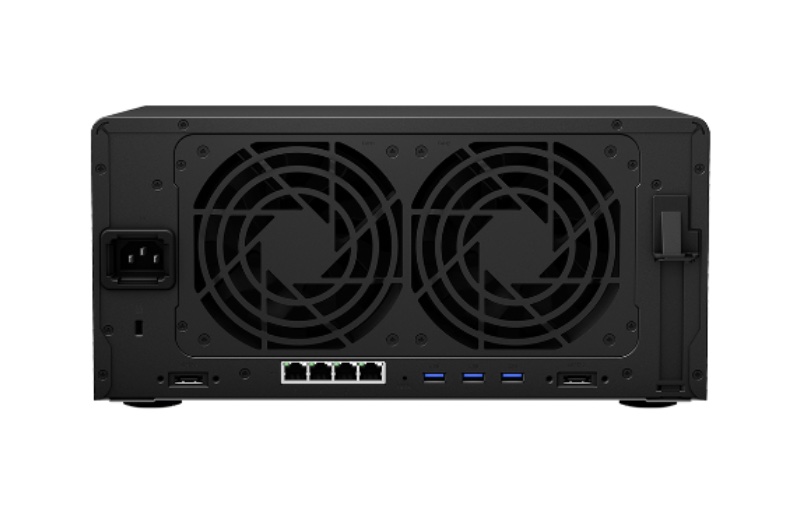 The DS1821+ provides eight drive bays with the option to expand to 18 using two DX517 expansion units. What is nice is that you can use older existing drives in the NAS without needing them to be of the same capacity. Synology Hybrid Raid (SHR) allows users to create arrays using odd-sized drives to maximise the value of the NAS.

Synology DiskStation Manager (DSM) now makes upgrading drives and capacity easier after the device has been set up. Add in a new drive and expand your array effortlessly, without disruptions to services or requiring lengthy manual processes. 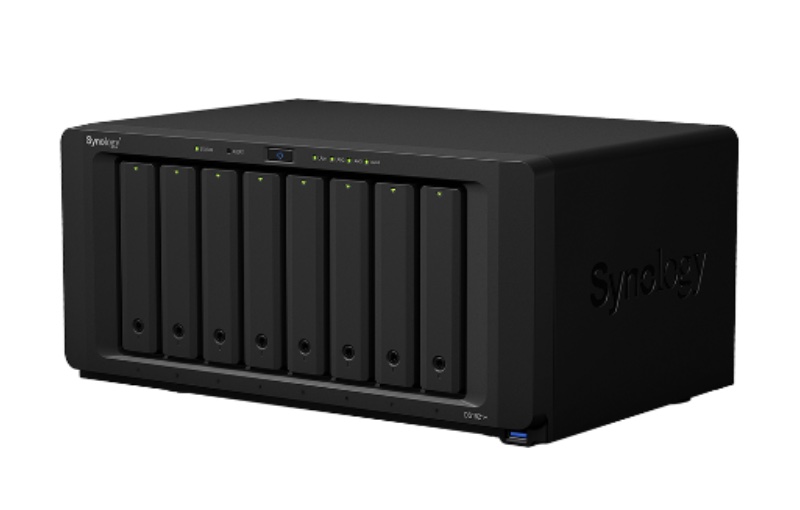 Snapshot Replication creates schedulable point-in-time recovery points, allowing roll back even after unintended file edits or even ransomware encryption for both Shared Folders and for iSCSI LUNs.

The Synology DS1821+ is available today at S$1,469 from Synology resellers and partners in Singapore.

Join HWZ's Telegram channel here and catch all the latest tech news!
Our articles may contain affiliate links. If you buy through these links, we may earn a small commission.
Previous Story
Holiday Gift Idea 7: A smart monitor that wants to be a TV for your desk
Next Story
Report says Apple Car is coming in 2024 and will feature "next level" battery technology