With the launch of Star Wars: The Force Awakens upon us, there’s no shame in doing all things related to the Force – just like how we have no shame when it comes to waving your lightsaber-smartphone wildly in an office full of people. 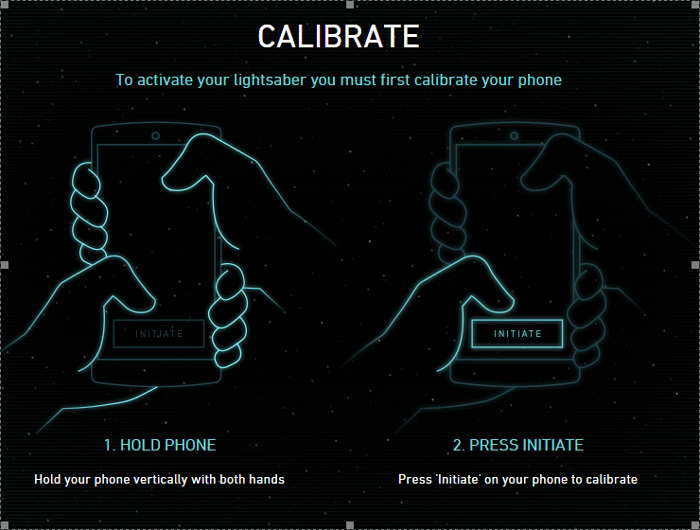 Google recently launched Lightsaber Escape, a simple Star Wars-themed web-browser game, where you must escape multiple room levels with your trusty lightsaber. To play, you will need a desktop with the latest version of Google Chrome installed, and a smartphone ready by your side. Once you launch the game here, the page will ask you to enter the link shown onto your smartphone via the Google Chrome browser app. What happens is the desktop will pair with your phone, and the motion sensors equipped on your phone will control the lightsaber on your desktop screen. 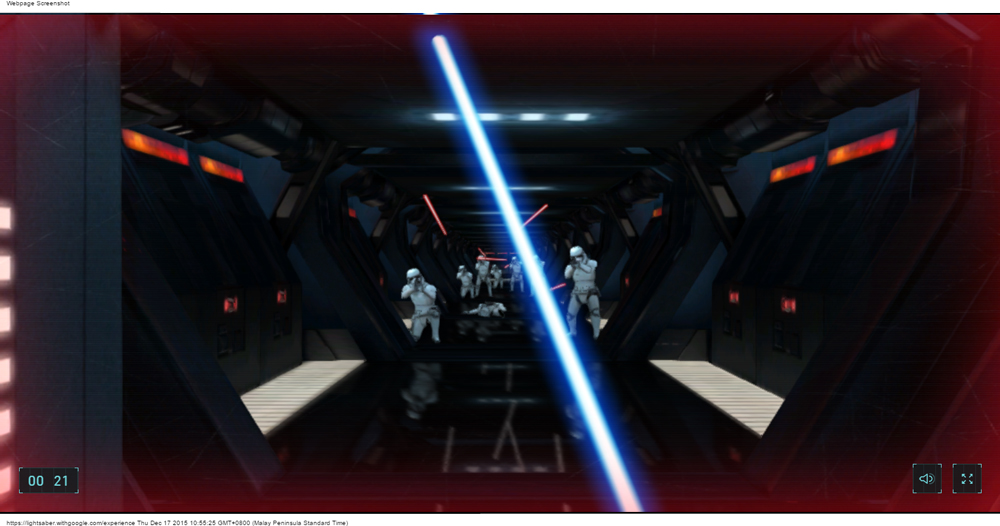 Once the game starts, you’ll be thrown into the deep end – in no time, a section of Stormtroopers will begin raining blaster fire in your direction in true Stormtrooper fashion (where only every other shot lands), and you will need to deflect the beams back into their faces.

Wiping the floor with all Stormtroopers will allow you to proceed further, and the game is split into a few levels. However, be warned – while the game is simple, the lightsaber is not as responsive to your smartphone as you’d expect. Lightsaber Escape also features a new weapon that’s found in the Episode VII movie, but we won’t spoil the surprise for you. After completing the game, you can share your progress with your friends through your choice of social networks, and you can keep trying for a better completion time, just to have bragging rights.

If you intend to play this game, we suggest heading over to our new video about the seven forms used in lightsaber combat first, so you can really show the Stormtroopers what you’re made of. If you still can’t get enough of Star Wars, there’s also a bunch of Chrome extensions for your browser, found on Google’s interactive Star Wars page here.

Join HWZ's Telegram channel here and catch all the latest tech news!
Our articles may contain affiliate links. If you buy through these links, we may earn a small commission.
Previous Story
Are the FAA’s new rulings going to ground drones before they take off?
Next Story
Would you like to play PT again?