SuperSolid ventures into mechanical keyboards with the DreamType 001

SuperSolid ventures into mechanical keyboards with the DreamType 001 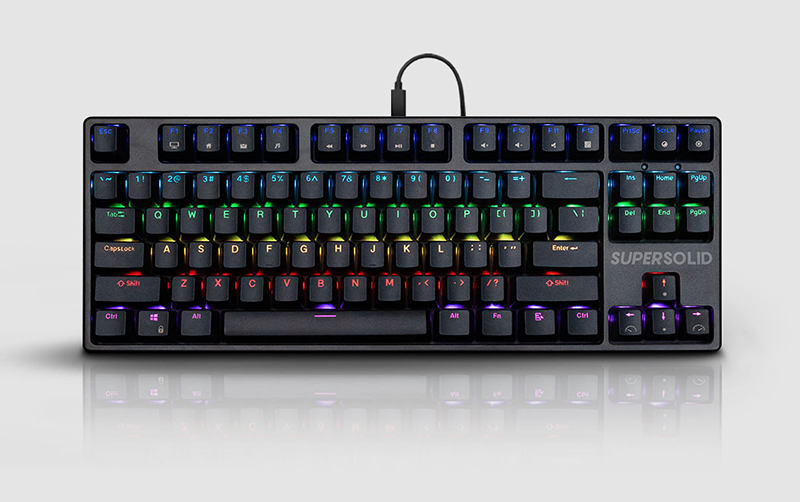 Local startup SuperSolid is better known for their gaming displays (and also as an offshoot of boutique system builder Dreamcore), but that hasn't stopped them from venturing into new territory. The DreamType 001, or DT-001 for short, is a tenkeyless mechanical keyboard that wants to deliver all the core essentials in an affordable package. It reminds me of what Tempest tried to do with the first Kirin, and it'll appeal to folks who want a quality, no-nonsense board without breaking the bank.

The DT-001 features what SuperSolid calls a ZeroWarp steel plate, which should confer some pleasant heft while also providing a more stable typing surface. The compact tenkeyless layout is a safe choice, offering just about all the keys you could need while leaving just enough room for your mouse. It's topped off with a detachable, braided USB-C cable as well, which should make transport slightly easier.

You can choose between Kailh Box White, Brown, or Red switches, which are clicky, tactile, and linear switches respectively. They all actuate at 50g, but which one you go for will come down to a matter of personal preference. It's also worth noting that Kailh switches come with an added advantage over their Cherry MX counterparts with an IP56 water and dust resistance rating. 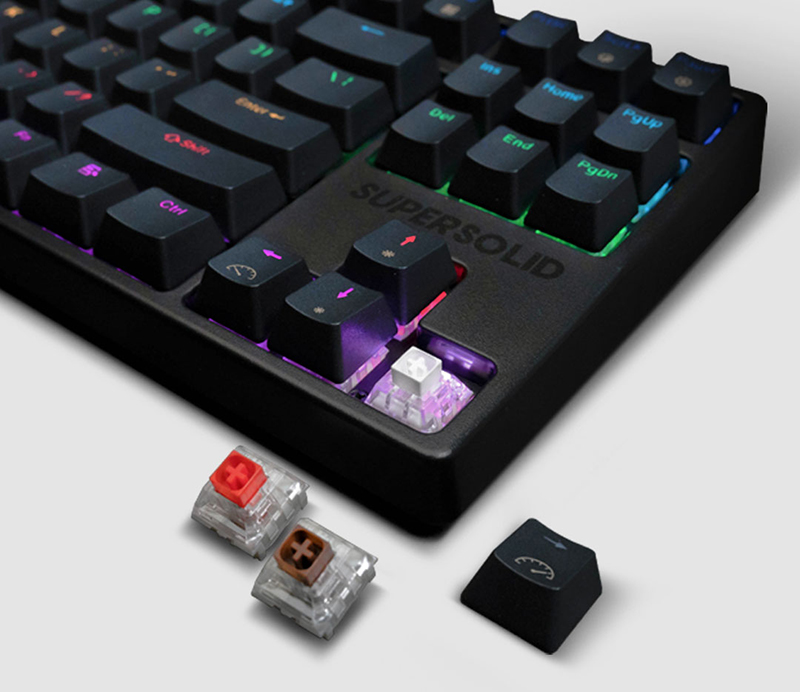 The keyboard comes with a hot-swappable PCB, so you can easily change your switches on the fly if you get bored of them. This offers a nice bit of flexibility and means you won't have to bust out the soldering iron every time you want a change.

The keycaps are doubleshot PBT, which is denser than cheaper ABS plastic and should offer a more textured feel and a lower "thock" sound when typing. Compared to ABS, they are also more resistant to shine, which means they'll stay in better condition for far longer.

In addition, the DT-001 offers per-key RGB lighting effects that can be controlled directly from the keyboard. The full 16.8 million colours are supported and there are also pre-loaded lighting modes that can also be customised for things like speed and brightness.

The DT-001 is available to buy now at S$129 on Lazada. Limited quantities will also be made available at an exclusive Flash Sale price on 11.11.

Join HWZ's Telegram channel here and catch all the latest tech news!
Our articles may contain affiliate links. If you buy through these links, we may earn a small commission.
Previous Story
Leaked photo reveals purported AirTag carrying accessory
Next Story
The LG UltraGear 27GN950 is a 4K IPS monitor with a 144Hz refresh rate