Super Smash Bros. Ultimate's next fighter is yet another Fire Emblem crossover

Super Smash Bros. Ultimate's next fighter is yet another Fire Emblem crossover 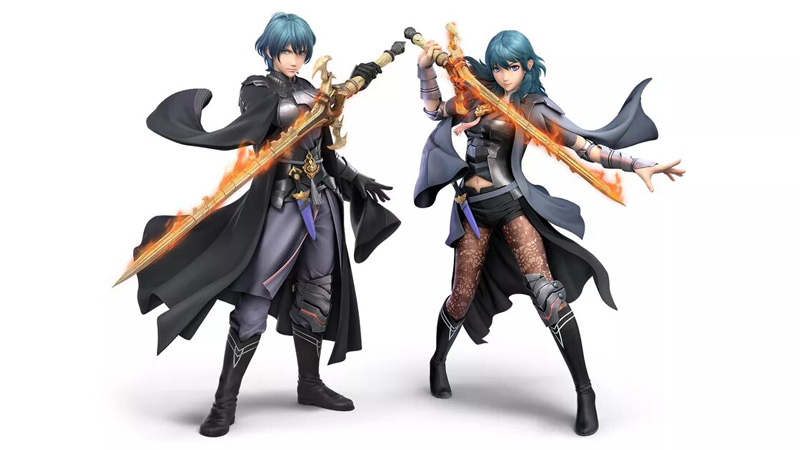 Super Smash Bros. Ultimate’s game director Masahiro Sakurai recently hosted a Nintendo Direct to reveal the final character coming to the game’s first Fighters Pass DLC. It seems like the game is getting yet another Fire Emblem character - Byleth, from Fire Emblem: Three Houses. Fans are… not happy.

Smash fans: Sakurai please, no more Fire Emblem characters I beg of you I don't think I can live with another FE rep

Sakurai seemed amusingly aware of Smash players’ dislike of the amount of sword-wielding characters in the game’s roster at least, so Byleth is a little different. You can play as both the male and female forms of Byleth, and either one will be able to use other relic weapons, such as an axe, bow and arrow from Fire Emblem: Three Houses.

Just like every previous DLC character, Byleth will also come with an all-new stage and music from Fire Emblem: Three Houses. The stage is based on the Garreg Mach Monastery, switching through various areas of the building throughout battles.

That’s quite a line-up, but there are more to come! Sakurai announced that the game’s second (and probably final) Fighters Pass will include six characters instead of the previously-announced five. According to him, all six fighters will be released by December 31, 2021. All of these characters have been decided already, so there’s really no point to beg Sakurai for a Devil May Cry crossover on Twitter.

Sakurai also announced several new Mii Fighter costumes, with crossovers from multiple other game series; Cuphead, Altaïr from Assassin’s Creed, Rabbids, Mega Man X and Mega Man Battle Network. They’re not exactly full-fledged character additions, but they might help you get over the fact that there are now eight characters (!) from Fire Emblem in the game total.

Byleth will arrive in Super Smash Bros. Ultimate on January 28, 2020.

Join HWZ's Telegram channel here and catch all the latest tech news!
Our articles may contain affiliate links. If you buy through these links, we may earn a small commission.
Previous Story
Spike Jonze's Beastie Boys documentary will premiere on Apple TV+
Next Story
Ubisoft has announced an editorial overhaul to make its games more unique