Super Smash Bros. Ultimate's next fighter is a crossover with Minecraft

Super Smash Bros. Ultimate's next fighter is a crossover with Minecraft 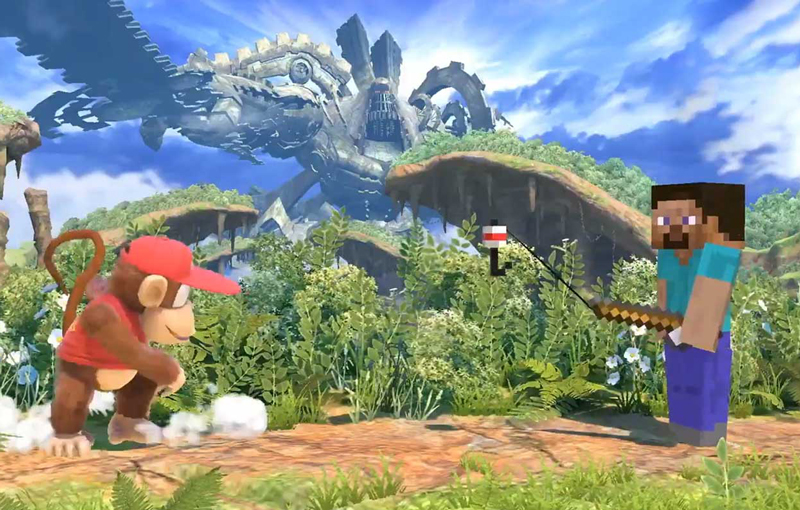 Super Smash Bros. Ultimate’s next playable fighter is a doozy.

During a recent Nintendo Direct, Super Smash Bros. Ultimate's director Masahiro Sakurai revealed that four Minecraft characters are coming to the game: Steve, Alex, Enderman and Zombie. You’ll be able to see these Minecraft characters in action during an online event hosted by Mojang on October 3.

That’s right! Four Minecraft characters are joining the game, presumably as different variants of a single fighter. Gameplay elements from Minecraft have been translated to fighting moves as well, with new abilities to build, put down explosives, ride on mine carts and use flying wings.

Sakurai also hinted that this Minecraft crossover was more of Nintendo’s decision than his own. “When thinking about new fighters for this game, we don’t just pick my favorites or draw from a hat. More often than not, these discussions start by Nintendo approaching me with an idea. Of course, if I can’t do that idea justice, I’ll tell them no,” he said in the video. Clearly, Nintendo won out here.

These Minecraft characters will be the second fighter to hit Smash Bros. Ultimate’s Fighters Pass Vol. 2. The last character revealed was Min Min from Arms. Four characters remain, with the last planned to launch by December 31, 2021.

Join HWZ's Telegram channel here and catch all the latest tech news!
Our articles may contain affiliate links. If you buy through these links, we may earn a small commission.
Previous Story
World of Warcraft: Shadowlands has been pushed back to an unspecified date
Next Story
MyRepublic to offer enhanced mobile services using M1's network