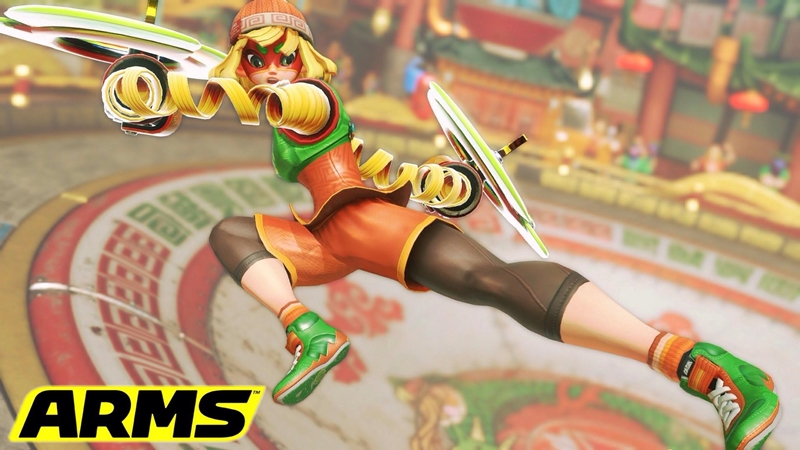 Do you remember this rather old Nintendo Switch title called ARMS from 2017?  It was basically a fighting game where characters with spring-loaded weapons for arms went around bashing each other up. What made it really interesting though was that those same weapons (and arms) were controlled by players using the Switch Joy-Cons like boxing gloves, which probably made for a really good workout by the end of a match.

Anyway, one of its members, Min Min was introduced by Super Smash Bros. Ultimate director Masahiro Sakurai during the recent Fighters' Direct stream as the newest addition to the character roster. She will be officially playable on June 29 and is the first of six new characters to join from Fighters' Pass Vol. 2. Hosting the broadcast directly from his living room, Sakurai-san explained that he has been overseeing development from home in view of the current state of emergency in Japan, which was declared in response to the coronavirus outbreak earlier this year. Amusingly, he also took a moment to show off his dual-TV setup and explains that he likes having two screens because it makes couch co-op much easier for everyone to see what's going on.

Getting back on point, Sakurai-san goes on to demonstrate some of Min Min's fighting capabilities, as well as reveal the new Spring Stadium stage and a whopping 18 music tracks imported from the original ARMS game. Naturally, there are a bunch of miscellaneous additions too, such as amiibos and Mii Fighter costumes inspired by popular video game characters such as Heihachi from the Tekken series and even Fallout's iconic Vault Boy. They'll all be available for pickup when the update rolls around on June 29.

Currently, the Fighters' Pass comes in Vol. 1 and Vol. 2 respectively - the first costs US$24.99 (~S$35) and features Joker, Hero, Terry Bogard, Banjo & Kazooie, and Byleth while the second is slightly more expensive at US$29.99 (~S$42) and includes the aforementioned Min Min plus five more unrevealed characters. Of course, all characters can also be purchased separately for US$5.99 (~S$8.35) each if you don't fancy buying the whole set, although we'd certainly recommend grabbing the full package if you can.

Join HWZ's Telegram channel here and catch all the latest tech news!
Our articles may contain affiliate links. If you buy through these links, we may earn a small commission.
Previous Story
Crash Bandicoot 4: It's About Time throws Crash into the multiverse
Next Story
Parallels Desktop is also coming for Macs running on Apple silicon