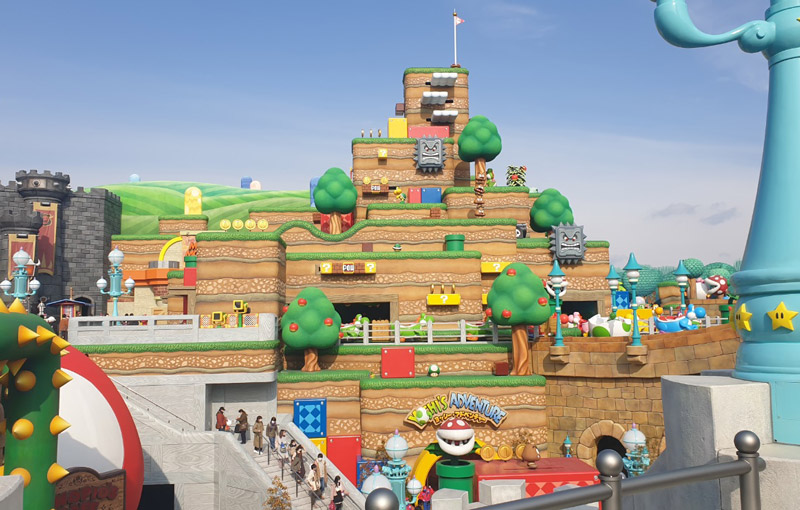 We can’t travel to Japan right now, but these videos are something at least.

Super Nintendo World opened up at Universal Studios Japan on February 4, 2021 - opening up the floodgates of new videos and pictures taken by excited visitors. Visiting it ourselves is a little out of reach for now, but at least we can check out videos of all the attractions!

The video above depicts the entire Mario Kart experience at Super Nintendo World, including queueing for the ride in a version of Bowser’s Castle brought to life. You even get to see all the Mario Cup trophies in a case, before getting the chance to win a virtual one of your own. Youtube channel Universal Parks News Today has plenty more videos showcasing the rest of Super Nintendo World, including one that shows off the park at ground level:

It’s jaw-dropping, honestly. The park mostly banks on Super Mario nostalgia, hence the floating coins in the sky and overabundance of mushrooms and green pipes. Hopefully, we’ll get more expansions focused on other franchises like The Legend of Zelda and Donkey Kong in the future. The latter is reported to already be on the way. The park also has secret Pikmin everywhere, so other Nintendo cameos are not out of the question.

I’ll leave you with a mouthwatering glance at the Nintendo-themed food at Kinopio’s Cafe, a restaurant with cakes, burgers and more themed after the Super Mario franchise. There's even a cake baked by Princess Peach, served with a special letter from the Princess herself.

Join HWZ's Telegram channel here and catch all the latest tech news!
Our articles may contain affiliate links. If you buy through these links, we may earn a small commission.
Previous Story
Singtel and Riot Games have teamed up to provide new RiotGO bundles for Wild Rift
Next Story
LEGO is officially releasing a fan-made Sonic the Hedgehog set