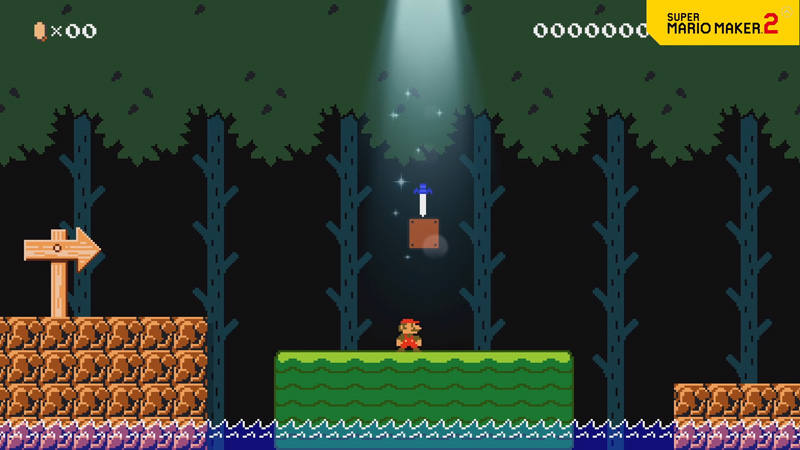 As if Super Mario Maker 2 wasn’t already packed with content, Nintendo is releasing a big new update to the game.

Nintendo posted a trailer showing off all the new additions this update is bringing to the game - including, among other things, the Master Sword. The Master Sword is a new power-up that transforms Mario into an 8-bit Link in the style of Super Mario Bros.

Link comes with a bunch of handy abilities, including a bow, a sword dash, bombs, a shield to block attacks and the Master Sword itself to attack with. It’s certainly going to change up how people come up with new courses, that’s for sure.

That’s not all, though. A Ninji Speedrun mode will also be introduced to the game, where players can try out timed challenge courses developed by Nintendo. You’ll have to outrace other players’ Ninji ghosts attempting the course with you.

Of course, new course parts will also be added - the Dash Block which boosts Mario’s speed, Frozen Coins which must be melted to access, P Block, which turns invisible P Blocks into platforms, Spike, a new enemy that throws spike balls, and Pokey, a cactus with changeable height.

Join HWZ's Telegram channel here and catch all the latest tech news!
Our articles may contain affiliate links. If you buy through these links, we may earn a small commission.
Previous Story
Hideo Kojima would 'start from zero' with Death Stranding 2
Next Story
Do we actually have the PlayStation 5's release date?