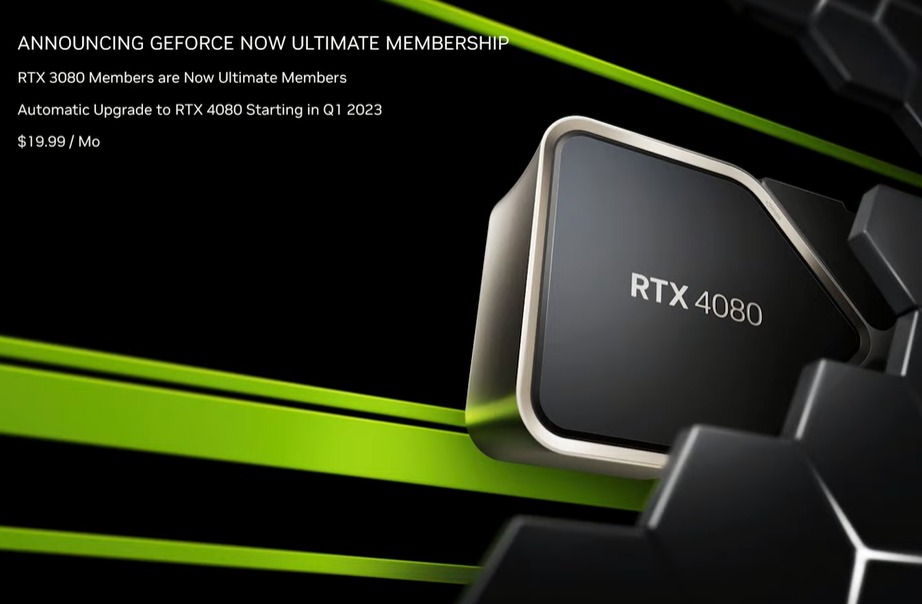 While NVIDIA's GeForce Now cloud game streaming service has been around for a few years now, it wasn't until mid-2021 when Singapore got its first taste of it via StarHub. It is Southeast Asia's first telco to have dedicated RTX servers in data centres to deliver (more accurately, stream) high-performance gameplay to almost any device or display at up to 1080p resolution and at 60FPS. StarHub even set up GameHub+ portal, a dedicated platform for gamers to sign up for the service and now offers a variety of plans from daily, monthly and even annual options.

At CES 2023, along with a slew of industry updates, especially bringing the power of the GeForce RTX 40 series to a wide variety of laptops, an equally exciting announcement is that GeForce Now is launching the Ultimate membership tier with access to GeForce RTX 4080 class gaming rig in your fingertips and again, game on almost any device. To bring this level of performance, NVIDIA is updating select data centres to equip them with RTX 4080 SuperPODs, which are supercomputing server racks with the power of RTX 4080 GPUs, but in the cloud. 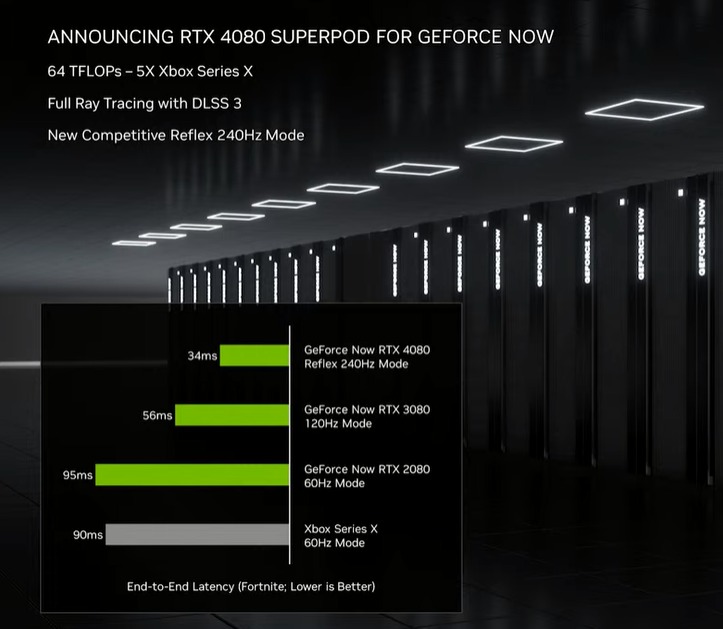 With the Ultimate tier membership, customers can immediately gain three major streaming gameplay upgrades. Firstly, if you've suitable hardware to take advantage of NVIDIA Reflex, such as displays and input devices, the RTX 4080 SuperPODs can potentially stream up to 240 frames per second to offer NVIDIA Reflex 240Hz mode to deliver the lowest latency gameplay ever via the cloud. Here's a brief example of the experience offered if you're a discerning gamer:-

Secondly, with the new Ultimate membership tier, you can stream and play games at up to 4K resolution at 120Hz, an upgrade over 1080p60 that was most prevalent previously over GeForce Now. Lastly, cloud gamers can now stream in ultrawide solutions to support relevant displays.

What happened to the GeForce Now RTX 3080 membership tier?

About a year, back, NVIDIA introduced the RTX 3080 membership tier that could handle game streaming quality of up to 1440p resolution at 120Hz, and it even stretched to 4K60 resolution via Shield TV. As of the Ultimate tier's launch, all existing RTX 3080 membership has been upgraded to the Ultimate tier as NVIDIA's charging the same price. So you're definitely getting more for less if you're an existing RTX 3080 GeForce Now member.

How much is the Ultimate membership tier?

In Singapore, there's no news of the "Ultimate" tier equivalent offering as the data centres will have to be upgraded to support this. The existing GameHub+ plans from StarHub are somewhat equivalent to the Priority tier in the US. StarHub is currently in discussion with NVIDIA and we'll update the story in the near future on local availability.

Which regions currently benefit from the Ultimate Membership tier?

The Ultimate membership is available now in the US and Europe now with server availability and access that denote "RTX 3080 Ready".

Access to GeForce RTX 4080 class gaming via GeForce Now will automatically be available to all Ultimate members when the GeForce Now servers in their respective regions have been upgraded sometime in 2023.

NVIDIA has a list of requirements to run GeForce Now on MacOS, PC, Android, Shield TV, Chromebook and supporting Samsung TVs. Most importantly, besides having access to purchase the necessary GeForce Now subscription, you'll need uninterrupted internet speeds of this class to meet the respective game streaming quality levels:-

The latest device to get GeForce Now support is LG TVs and it will support the Ultimate Membership tier of users. You can find out more in our latest LG TV news update.

Meanwhile, the GeForce Now network has further expanded recently and there are new server locations, most notably, our neighbouring country, Malaysia. That would make them the second Southeast Asian country to offer GeForce Now after Singapore. 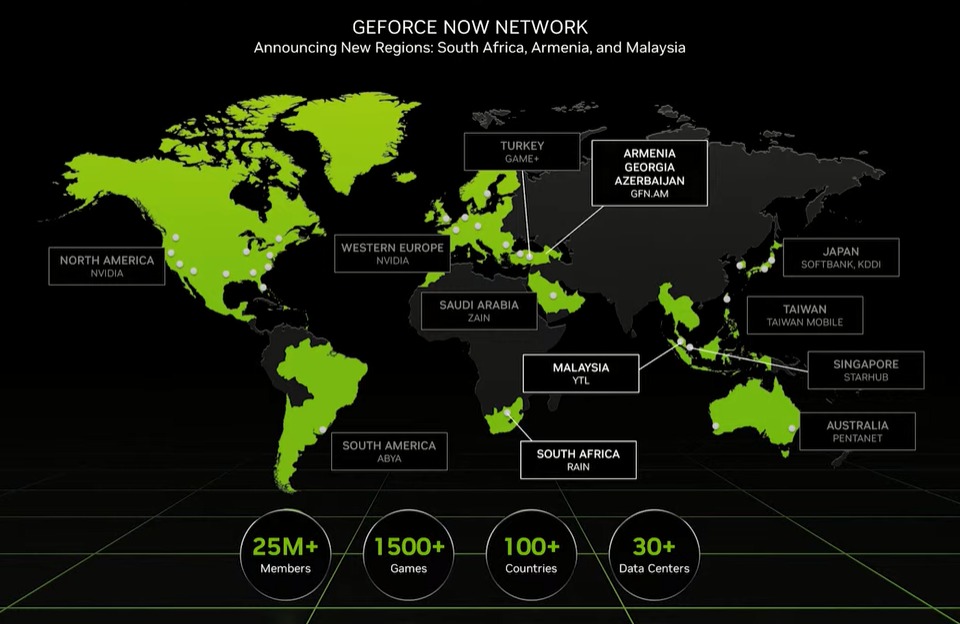 Join HWZ's Telegram channel here and catch all the latest tech news!
Our articles may contain affiliate links. If you buy through these links, we may earn a small commission.
Previous Story
Belkin now has a MagSafe mount that lets you use iPhone's Continuity Camera feature with external displays (Updated)
Next Story
Lenovo’s new phone looks just like its ThinkPad