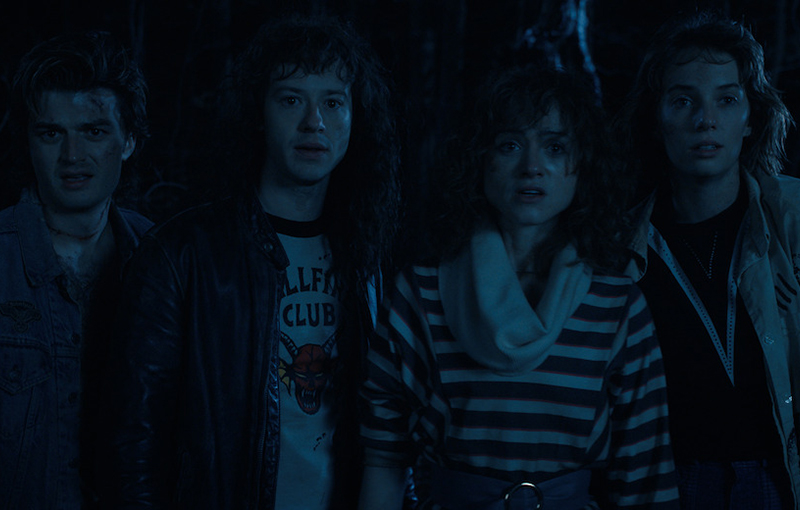 The Upside Down is returning soon, alongside a new iteration of supernatural evil. Stranger Things Season 4 is being split up into two parts: Volume 1 will debut on May 27, with Volume 2 following on July 1. Season 4 will pick up six months after the Battle of Starcourt, where the gang fought the sinister Mind Flayer.

In a new batch of photos released by Netflix, we get a peek at what to expect in the upcoming season, where Eleven (Millie Bobby Brown) and the rest of the crew will have to work to put a stop to the Upside Down once and for all.

Our favorite characters have come a long way since the first season, and they are now older and wiser than before and are struggling to navigate the complexities of high school. Season 4 will step into horror movie territory, according to the Duffer brothers, and it will also have a much darker vibe.

“I think [fans will] be happy when they see it. It’s very, very long, which is why it’s taking us a very long time,” Ross Duffer said. In fact, he said that some of the fan theories he's seen online are surprisingly accurate, although he stopped short of saying which ones.

“I’m constantly impressed with how sharp the fans are, and how quickly they’re able to put something together with very, very little information,” he added.

One of the most popular theories posits that the end of Season 3 sets up time travel for the characters, so we'll have to wait and see whether that pans out. Some of the images in the photo dump also appear to support this theory.

For example, the image of Robin and Nancy shows them at Pennhurst Mental Hospital, but their outfits don't seem typical of the 1980s, which is the main time period that the show is set in. Instead, their dresses look like something that you'd more likely see in the 1950s.

Join HWZ's Telegram channel here and catch all the latest tech news!
Our articles may contain affiliate links. If you buy through these links, we may earn a small commission.
Previous Story
Samsung rumoured to launch the first phone with a rollable display
Next Story
Death on the Nile will be available for streaming on Disney+ starting from 6 April