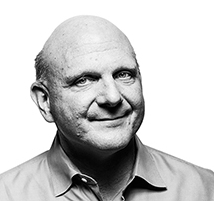 After 34 years at Microsoft, former CEO Steve Ballmer will be leaving Microsoft. In a letter to the new CEO of Microsoft, Satya Nadella, Ballmer stated that a combination of teaching, civic contribution and being the owner of the Los Angeles Clippers basketball team will be taking up a significant amount of his time and that he would be leaving Microsoft's board of directors. Even though he will no longer be in Microsoft, Ballmer remains a shareholder and has told Satya Nadella that he's open to testing out the company's new products and providing feedback.

Join HWZ's Telegram channel here and catch all the latest tech news!
Our articles may contain affiliate links. If you buy through these links, we may earn a small commission.
Previous Story
Production issues could force Apple to launch the iWatch next year
Next Story
SingTel's 300Mbps 4G LTE-A network expands to cover over 50% of the island