Step into the new era of Dolby Atmos soundbars with Sony

Step into the new era of Dolby Atmos soundbars with Sony 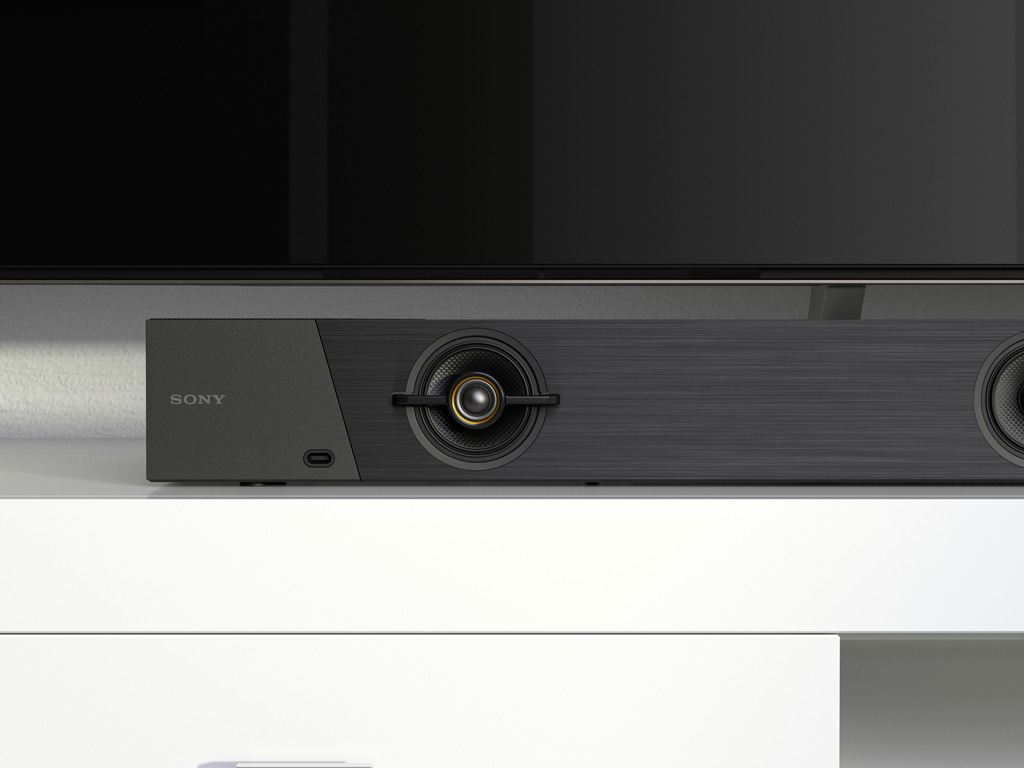 Imagine Darth Vader without his theme or Blade Runner without the patter of rain. Sound plays a crucial role in movies, so while many pursue the obvious allure of bigger and better screens, so too should we pursue the best in audio quality. More so, in fact, given how much readily available music is now a part of our lives.

However, if you’re going to spend then it better be a considerable upgrade, which is exactly what Sony’s Dolby Atmos soundbars are.

From theater to home: The magic of Dolby Atmos

Advancements in surround sound have made it so we can hear objects not just around us, but above us too. Think of Dolby Atmos as an audio bubble, transporting you to worlds fictional and real. Whether it's the explosive sequences of a summer blockbuster or the hushed whispers in a horror flick, everything is rendered with astonishing clarity, depth, and positional accuracy -- the good old thunderstorm has never sounded this good. 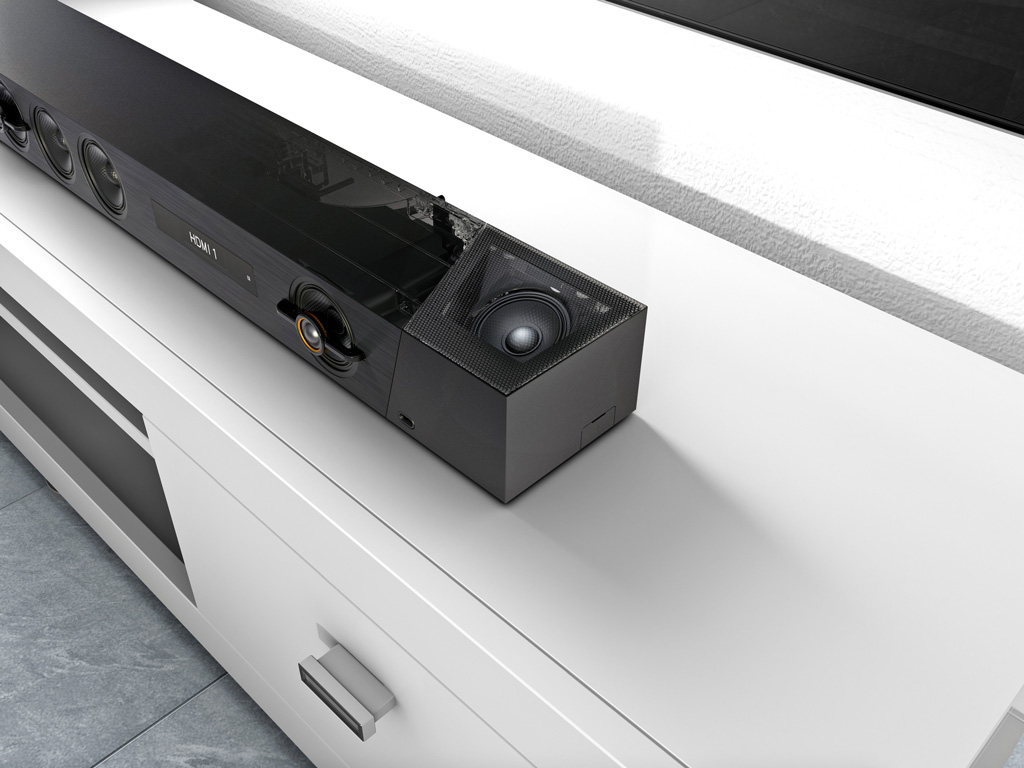 This shift to 3D audio has been a game changer in movie-making, yet you won’t need a ticket to the cinemas to enjoy it. Sony’s Dolby Atmos soundbars deliver that same experience to your living room in a fuss-free package, so an immersive movie getaway is yours at any time, any day of the week.

The Sony touch: Not all soundbars are the same

How does a single soundbar do what is typically required of larger setups? It begins with Sony’s S-Force Pro Front Surround, which creates that 360-degree sound field using only front speakers. The technology is also used in their TVs and smartphones but soundbars have better room and hardware for it, delivering that characteristically big sound with just one main unit. 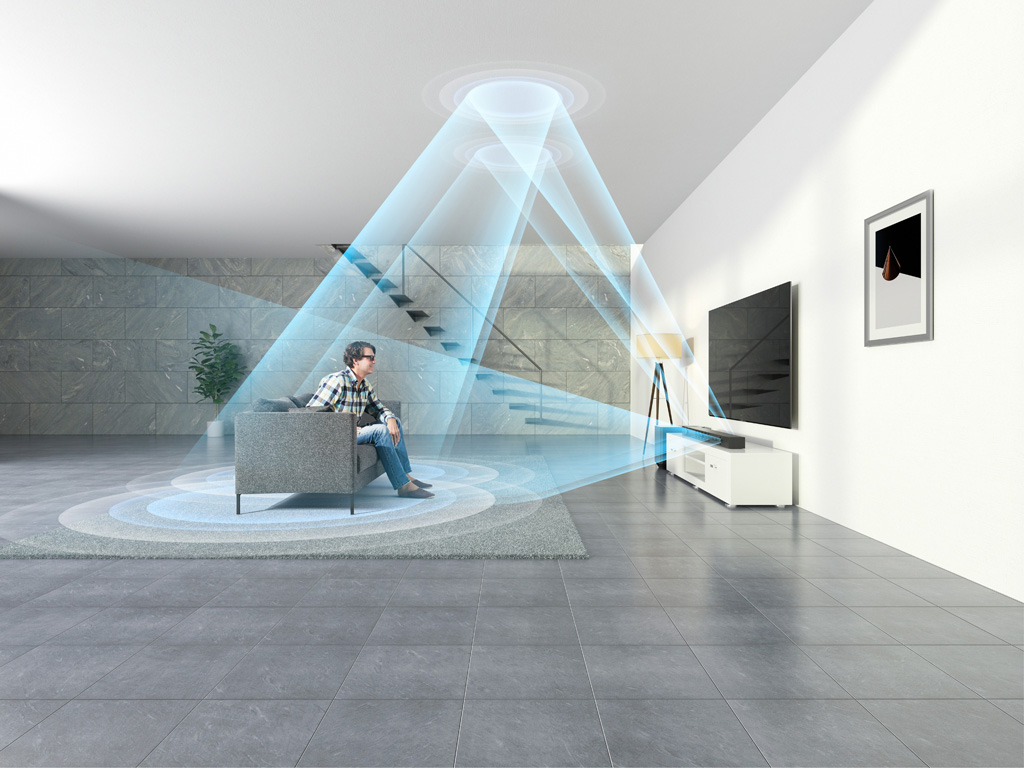 Yet the key to that Dolby Atmos equation is Sony’s Vertical Surround Engine, a groundbreaking development that virtually adds those all-important height channels. The benefits are twofold, saving you from buying any extra kit as well as working in any room conditions. This way, even ceilings ill-suited to up-firing speakers can’t get in the way of your home entertainment upgrade.

The lack of Dolby Atmos content won’t be an obstacle either. All content can be upscaled to as close to 7.1.2-channel surround audio with just the click of a button, bringing the 3D audio magic to all of your favorite movies, TV shows, and even music. Plus, the soundbars are perfectly equipped to handle high-resolution music thanks to Sony’s long-held audio expertise.

For everyone and anyone: Complexity behind simplicity

While these soundbars are decked in the latest tech, it’s all for nothing when nobody knows to use them. Hence, Sony took steps to polish both installation and operation. A wireless subwoofer, generous wired and wireless connection options, and a slew of features such as 4K HDR pass through help position these soundbars as true home entertainment hubs. Continue playing your phone’s music when you get home, using Sony’s LDAC format to maintain high-resolution quality over Bluetooth. Wirelessly cast a YouTube video from your laptop, waking both the TV and soundbar thanks to HDMI CEC connectivity. Or quickly switch between different sound modes with dedicated remote buttons, giving you the best results no matter the content.

One size can never truly fit all, which is why Sony is offering three models in their exciting Dolby Atmos line up. Here’s how they differ from one another. The flagship ST5000 is a 7.1.2-channel soundbar made for discerning enthusiasts. Coaxial speakers contain both the tweeter and woofer within a single unit for wider audio projection, while up-firing speakers help re-create the intended Dolby Atmos experience. There’s even wireless multi-room streaming so you can keep up with the action around the house. Improving audio quality are Sony's proprietary features such as the S-Master HX digital amplifier and the Digital Sound Enhancement Engine (DSEE) HX -- the first reduces distortion while the other replaces lost harmonics through carefully engineered algorithms. A finely honed balance between hardware and virtualization, the Z9F is the go-to pick for any homeowner looking to make the Dolby Atmos upgrade. Sony’s S-Force Pro Front Surround and Vertical Surround Engine guarantees immersive 3D surround in any room environment, while music lovers get to reap all the benefits of high-resolution audio via DSEE HX. It sports wireless and Bluetooth connectivity to seamlessly play from any device, plus all the necessary inputs to cement it as your home entertainment centerpiece. More info in our news report.

HT-X9000F -- For a taste of the Dolby Atmos experience 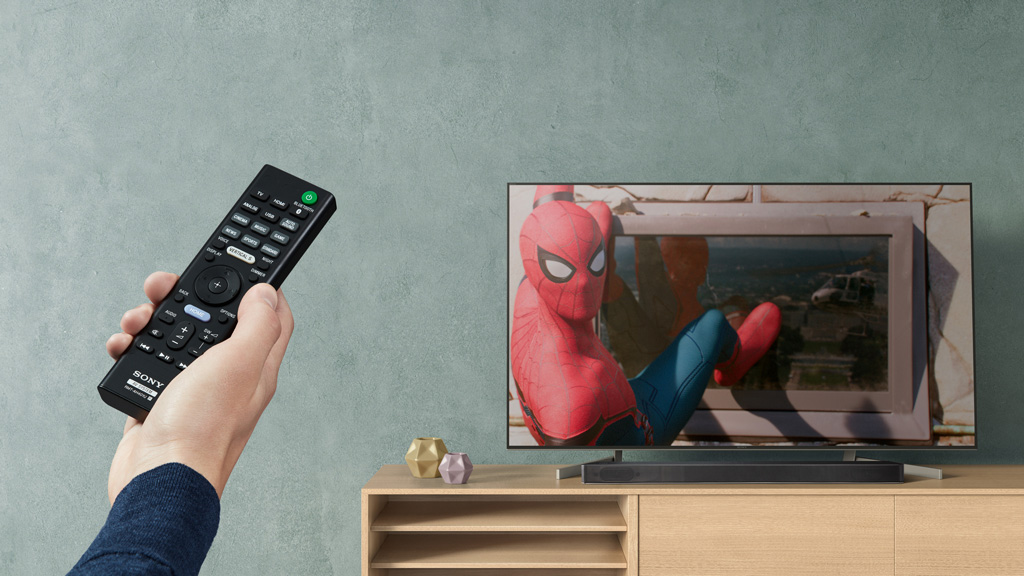 If space and budget are limiting factors then the entry-level X9000F is one to consider. It’s the perfect example of Sony’s surround sound technologies at work, effortlessly playing native or upscaled 7.1.2-channel audio content in a simple twin-speaker setup within the soundbar. It also retains the wireless subwoofer for easy installation, and multiple sound modes allow you to quickly pick a sound profile that suits your needs. You won’t be shortchanged on the basics either, as it also keeps the 4K HDR pass through and HDCP 2.2 compliance to work with all the latest cinema formats.

We have more digital entertainment options than ever, so it’s only right that our home’s sound system is flexible enough to play it all. Whatever your pick, you’re guaranteed to be blown away by the new era of surround sound.

Ready for the next step in home audio? Learn more about the Sony HT-ST5000, HT-Z9F and HT-X9000F Dolby Atmos soundbars at www.sony.com.sg/soundbars.

Our articles may contain affiliate links. If you buy through these links, we may earn a small commission.
Previous Story
Some NVIDIA GeForce RTX 2080 Ti owners are complaining of defects with their cards
Next Story
Apple now sells a USB-C to 3.5mm dongle for the new iPad Pro tablets